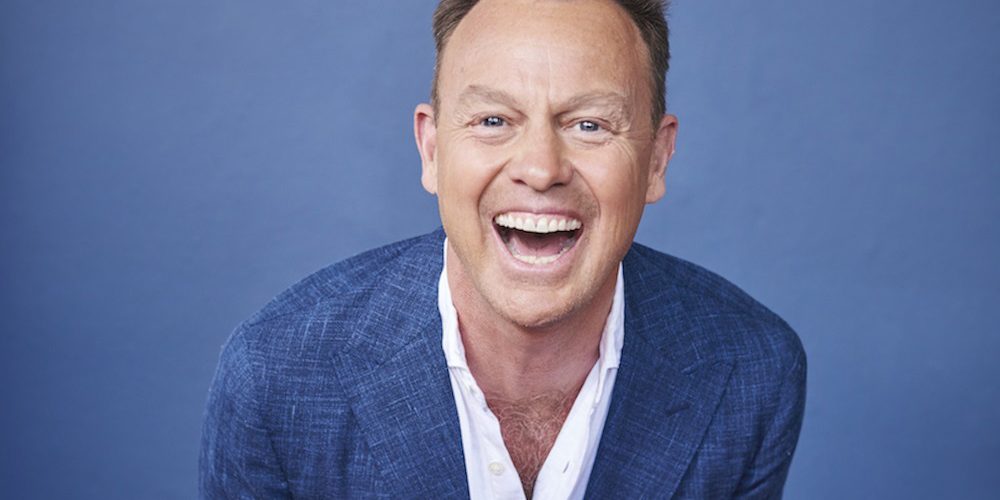 Jason Donovan on life, Neighbours and his new producing role on Priscilla Queen of the Desert

Jason Donovan talks family, Neighbours, creating the stage role of Tick/Mitzi in Priscilla, Queen of the Desert the Musical and returning for a third UK tour, this time as producer.

Why is Priscilla the perfect post-lockdown show?
“It’s escapism and it’s a story about overcoming adversity. Plus as a musical it’s sort of a celebration of life. Musicals are the perfect antidote to what we’ve been through because we need escapism. And even though Priscilla can be harsh and tough at times in the subjects it deals with – it’s not Disney, put it that way – it taps into that thing of ‘I will survive’. You’ve got songs like Colour My World and MacArthur Park and it’s just such a happy, upbeat show about everyone getting on and living together. That’s very relevant at this time”.

How did it feel when the tour had to be paused because of the pandemic?
“It was disappointing but we always have to put people’s health and safety first. Theatre is a very tribal experience and it requires crowds. You need to laugh, cry and be embarrassed all together in the same room. You need to cheer and have hope amidst lots of other people. I guess the difficult thing was the uncertainty of when everything was put on pause and for a lot of people it’s about financial worries as well as something they’re so passionate about. Let’s just hope that we’re now turning a corner”.

This is your first time as a producer. What do you most enjoy about that side of the business?
“I’m 52, I’ve had a lot of experience I suppose, I enjoy people, I enjoy actors, and I’ve put on a number of my own shows where I’ve had to produce them myself. So I guess I bring experience to the table. It’s about bringing a team together and [laughs] that isn’t always done by accountants, it needs to be done by creative people and I hope I’m one of those. For me, the most important thing was to be a proper, hands-on producer, not just a ‘stunt’ producer, so someone high profile who can bring another name to the publicity aspect of it. I’ve raised money for the show and am very much involved in it”.

What do Miles Western, Nick Hayes and Edwin Ray bring to the lead roles?
“Energy, passion and honesty. And honesty is important in Priscilla because for the pay-off to work it needs to be real and it needs really good actors. If you just play it for the music, the songs and the dance routines that’s all fine and well but you need to have a great story, as all good musicals should have. Otherwise it’s a jukebox musical with just a bunch of songs strung together and no other purpose. The show does have a purpose. It started its life as a film, not a musical, and it started its life as a quirky story about misfits, adversity, humanity and people being different”.

Along with a strong story, the show does have lots of great song-and-dance numbers. Do you have a favourite?
“I’ve always liked Don’t Leave Me This Way because it’s a sort of black comedy moment where Bernadette is saying goodbye to her lover. It comes early in the show and it makes people smile because you get a sense of what’s in store”.

You were Tick/Mitzi in the original West End production. What are your fondest memories of that time?
“Even though I’ve done West End shows they actually don’t come along that often and getting the chance to be the first person to play a role in a new production is even rarer. Mostly its reinventions of old shows or re-castings of new ones so getting to do Priscilla in the first UK production was so cool. I had people coming to see it who really wanted to see the show, not just because they wanted to support me, because it’s such a cool and edgy musical. It’s a bit abrupt at times and it makes you sit back and think. The production at the Palace Theatre in the West End was so over-budget it was ridiculous but it bloody hell, it looked good!”

You then toured with the show twice. Along the way, were there any wardrobe malfunctions or on-stage mishaps?
“One day I forgot to put my flesh-coloured underwear on under the stockings [laughs] so when I stripped off the outer layers it was an interesting moment. And taking it around the country was such fun. I’m not going to lie, though. It’s an exhausting show to do. It requires a lot of energy and touring is tough because you’re away from home. I was looked after very well, thank you very much, but when it was possible to get home you’d be there on a Sunday with just a day to recalibrate, then you’re off again. That can be tough on you and the people around you but at least now I’m pretty good about telling you which Marks and Spencers are in which town and where the local Wagamama is”.

Drag has become mainstream over the past few years. Why do you think that is?
“We’re a much more inclusive society. Social media has probably played a part in that and I think the youth are far more accepting of diversity. They’re more in-tune with the way people live and different sexualities. We’re seeing a broader acceptance, although in some areas we’re maybe going backwards”.

You’ve done so much in your long career. What have been the highlights?
“My biggest achievement is my family and the fact that I’m still here, still going, still alive and still doing what I love so much. I’ve made a good career and a good life out of this business. As for specific highlights, you could never beat getting a number one single and a number one album. There’s something quite special about that. Neighbours obviously changed my life and I’m very grateful for that, and not a day goes by where I don’t refer back to that time. Then there are lots of shows I’ve enjoyed doing. I did Chicago in Australia just before lockdown, which was more difficult than I thought it would be but really rewarding. And Joseph of course. There are so many highlights”.

You act, sing, dance, produce… What skill would you like to master next?
“I’d like to be a bit more relaxed. I’m a restless sort of person and I’m not great at sitting still. I need to learn to be a little bit more at-ease with not needing to do something the whole time. I’m enjoying my artwork at the moment. I did a lot of art during lockdown and that’s been really satisfying. I’d always been a bit of a drawer and had developed a style, then last year I decided to put it out there. It gives me an artistic expression where I don’t have to rely on anyone else. That’s something that I’m proud of but yeah, I’d like to be a little more relaxed and at-ease with myself”.

Priscilla, Queen of the Desert The Musical UK Tour is at The Palace Theatre, Manchester from 11-16 October 2021.