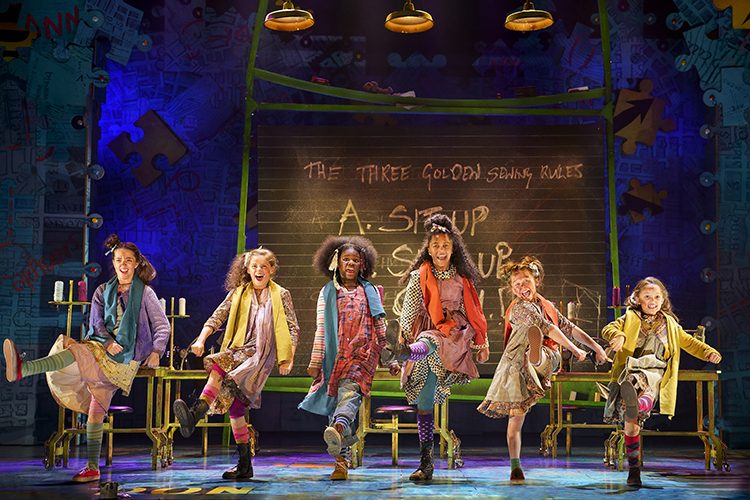 It’s hard to believe it is more than 30 years since Anita Dobson waved goodbye to the Queen Vic, so instilled in British popular culture is her EastEnders’ character, Angie Watts.

Given it was a role she played for only three years from the mid-1980s, the enduring memory of her soap character is even more remarkable. Since then she’s successfully kept to the right side of that delicate line between creating an unforgettable soap icon and being typecast, working continually on stage, TV and film.

Anita Dobson’s name is a big box office draw, because she is a big stage presence. And she opens the 2019 UK tour of Annie at Manchester’s Opera House with a perfectly-pitched, Miss Hannigan – bursting with colour and physical comedy.

Her attitude towards the orphans under her charge is one of neglect and distain. They are ragged but so is she. Her hair is unkempt, her clothes ill-fitting and her gin swigging habit beyond the point of hiding. At one point she locks herself in her office, and curls in a ball on the floor, thumb in her mouth like a baby. The children in the audience fall about laughing. Now they see through the menace. Miss Hannigan’s life is shambolic, and she is the biggest kid of them all.

In contrast, orphan Annie shines with confidence at all times, epitomising President Roosevelt’s well-known adage, ‘We’ve nothing to fear except fear itself.’ There are three young actors playing the role of Annie during the run. We saw Taziva-Faye Katsande, who wins the audience’s hearts just as her character wins the heart of billionaire Daddy Warbucks (Alex Bourne).

Colin Richmond’s set design creates an element of fantasy in its boldly contrasting colours, dominated by jigsaw pieces. There is a sense of Annie piecing together the puzzle of her life, led with optimism in timeless musical classics like, ‘Tomorrow’. Even when scrubbing the floors to ‘Hard Knock Life’, there is an uplifting air of defiance in the youngster’s voices.

The original Annie musical opened on Broadway in 1977 and has since seen two film versions, the second with updated remixes of the music. This production sticks with Charles Strouse’s original music and Martin Charnin’s lyrics, and the majority of the numbers are instantly recognisable to young and old alike.

Aside from the well-known tunes, at its heart the musical tells a strong story of one little girl’s emotional journey to find her place in the world. It is set in New York during the 1930’s depression, where life is far from a fairy-tale. It is a tough world and there are mean people, like Rooster and Lily (brilliantly cartoonish performances from Richard Meek and Jenny Gayner), who are out to do anything they can to make a quick buck on Easy Street.

But there are more good people too and in her search Annie finds them, bringing along her friends and a stray dog – an adorable, placid Labradoodle – to share her fortune.

Annie is at the Opera House, Manchester from 2-16 February 2019. See website for full tour details. 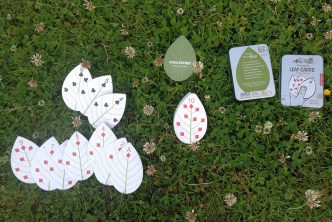