Beauty, a Wirehaired Terrier owned by PDSA Superintendent Bill Barnet, is considered by many to be one of the world’s first ‘Rescue Dogs’.

Her story is one of many incredible tales of animal bravery being told as part of an Animals in Conflict interactive storytelling event at the Imperial War Museum North.

Born in 1939, Beauty would often accompany Bill as he took part in rescue missions at the height of the London Blitz in 1940s. Although not an ‘official’ or trained member of the rescue team, during one mission she began independently digging through the rubble of a bombsite alongside Bill and the other rescuers.

Within a few minutes, the cries of a cat were heard. The rescue team quickly joined in the search and managed to pull the trapped cat from the rubble. Recognising Beauty’s talent, she became a member of the team and took part in multiple Search and Rescue operations as the Blitz progressed.

Beauty was responsible for locating and saving the lives of 63 animals during her service and ended up receiving multiple awards for her bravery and dedication to duty. She was first awarded the PDSA Pioneer Medal, an award historically given exclusively to people, plus a Silver Medal inscribed ‘For services rendered’ by the Deputy Mayor of Hendon.

During the Second World War (1939-45), PDSA’s founder Maria Dickin CBE was aware of the incredible bravery displayed by animals on active service and the Home Front. Inspired by the animals’ devotion to man and duty, she introduced a special medal specifically for animals in war. The medal is now recognised internationally as the animals’ Victoria Cross.

Beauty received her PDSA Dickin Medal in 1945 and the citation read: “For being the pioneer dog in locating buried air-raid victims while serving with a PDSA Rescue Squad.”

The Medal has been awarded 71 times since 1943 plus one Honorary PDSA Dickin Medal which was awarded in 2014. The recipients comprise 34 dogs, 32 pigeons, four horses and one cat.

Beauty died in 1950 and is buried alongside other PDSA Dickin Medal recipients at the PDSAs Animal Cemetery in Ilford, Essex.

The event at IWMN coincides with the publication of a new book, Tales of Amazing Animal Heroes by award-winning author Mike Unwin. tells the heart-wrenching stories of real animals who went above and beyond to save human lives. Using expert knowledge from IWM, and with an introduction by Michael Morpurgo, the book journeys through history from Hannibal’s elephants to a guide dog in the Twin Towers. Over the two day event visitors will be able to hear some of the inspirational true stories of animal heroes covered in the book, including those of Wojtek the bear and Tirpitz the pig.

There are also opportunities to meet a working military dog and a representative from the Defence Animal Training Regiment, to learn about their work. And there is a rare chance to meet Mali, a British Military Working Dog and one of the latest recipients of the prestigious PDSA Dickin Medal for his bravery and work helping to save the lives of troops in Afghanistan. 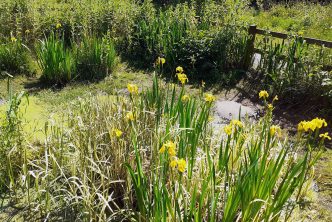 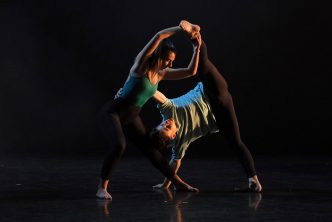 Online search for the next dancing stars 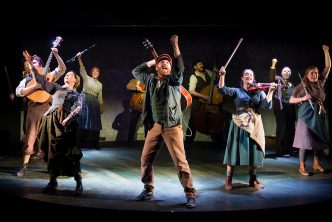 Written by Carmel Thomason
Add comment
Chef turned writer, Henry Filloux-Bennett talks about bringing Nigel Slater’s Toast to the stage
FacebookTwitterPinterestWhatsApp
‘Manchester restored my faith in my own comedy and kept me in the UK’ – Abigoliah Schamaun

Find out more or adjust your settings.