After 30 years away, Liz Ratcliffe returns to her home city of Liverpool to find it as vibrant, fabulous and iconic as ever.

Having just moved back to the north west, I decided it was time to reacquaint myself with what people have been telling me is the ‘new, improved’ Liverpool.

As a teenager, I went to school in Toxteth, at the time of the riots, and having gone off to University and then lived ‘Down South’ for the past 30 years, I felt it was high time for me to experience this new Liverpool everyone has been raving about.

Myself and my Partner, checked into the Titanic Hotel, which despite the shockingly cold June weather, was thankfully devoid of any icebergs! In fact, it’s full of is pure luxury, gorgeous décor, and staff who make sure each one of their guests is very well looked after.

The first thing that comes to mind when you arrive at the Titanic is a feeling of car shame. I eased my very reasonably priced VW Passat into a space between two Land Rovers. Looking around, the hotel car park was populated with Porsche, Land Rover, Bentley and any other cars you might find exhibiting at an International car show.

Once inside the building, it feel like you are on a film set – the chrome and wood oozes luxury and maritime heritage.  No wonder Peaky Blinders chose the film here! There is even a replica of the staircase of the Titanic next door at the Rum Warehouse, which we managed to get a photo on.

Part of the redevelopment of the historic Stanley Dock complex, the Titanic hotel is located within what was once the North Warehouse, built in 1846 and finished in 1854. This was a key warehouse complex for Liverpool Docks, and the hotel pays tribute to its past by retaining many of the original features of the warehouse, from the old hangar-like doors used as art work along the corridors, to keeping the huge hooks on ceilings, that were used to manoeuvre merchandise. The hotel really does retain the majestic heritage of this once-vibrant area of industry and trade.

You can get a real feel for what the site looked like before it was refurbished, as standing opposite the North Warehouse in the southern buildings, is the Tobacco Warehouse which will be the location of the next phase of development of Stanley Dock, with apartments, bars and shops planned. Stanley Dock is one of the 6 sites in Liverpool making up its UNESCO World Heritage Maritime Mercantile City listing.  Part of that complex is already under construction, but the main part is somehow mysterious and beautiful with its smashed-out windows, and rusted steel constructs.

The hotel is well thought out. The rooms are huge and very tastefully decorated.  The reception area hosts a bar and lounge full of comfortable leather sofas to enjoy a cocktail or two (and we did!).  Outside there is seating too, and we made use of their luxurious ‘couples’ blankets to keep off the Mersey chill, watching the sun go down, with the hotel lighting adding to the lovely ambiance.

We decided that a visit to the musical heart of Liverpool was in order.  The Cavern opened its door to the public in January 1957, but it was at lunchtime on February 9 1961 when the Beatles made their first appearance, going on to play there almost 300 times.

The Cavern has had an incredible list of other famous musicians play, from Oasis to Queen to Elton John to the Rolling Stones, and of course, Liverpool’s national treasure, the wonderful, Cilla Black.  The Cavern today is still a thriving music venue.  When we arrived, an American band was on stage, belting out Beatles’ greats. The venue was packed and the atmosphere electric – giving just some feeling of what it was like 50-plus years ago.

To sooth our bruised feet from all the previous night’s dancing, we were very happy to find the hotel has recently opened the Maya Blue Wellness centre, and were lucky enough to grab a slot for the pool. The centre is situated in the hotel basement, where there are relaxation beds, a tea garden and where you can book various spa treatments. We just enjoyed the pool, which is fabulously warm, and also the sauna and steam rooms. There are free spa products for use while inside, and I do think the hotel is missing a trick by not supplying these in all the rooms.

Having had our feet restored, we ventured back into Central Liverpool. The Titanic hotel is a little way out from the City Centre, but it’s only a taxi ride away, and taxis are in abundance for getting to and from the hotel.

Top of the list for the visitor is the Albert Dock, comprising a variety of dock buildings and warehouses and where the original This Morning was filmed (with Richard and Judy) and home of the Weather Map (less said about that the better!).  The Albert Dock boasts a collection of museums, and the Liverpool Tate is also located there. It is also home to the Beatles’ story, a visitor attraction dedicated to the Fab Four. There are sights a-plenty at the Albert Dock, from a new Beatles’ statue to the iconic Liver Birds to the three Graces.

Having completed our sight-seeing and also window shopped in the fabulous stores in Liverpool One, we dropped into Gino D’Acampo’s Restaurant on Castle Street.  The atmosphere is terrific in there, as is the food and wine. We had not booked, but they fitted us in immediately at the bar-like table at the centre of the restaurant, where the speed of food service is rapido!

So – what was left for our last full day in Liverpool – of course – more music and more dancing. We headed off to the Gay centre of Liverpool. The gay scene is relatively large, with the main gay bars and LGBT-popular clubs located in the Stanley Street Quarter.  We visited the Lisbon – a gorgeous old Victorian building, as our warm up before heading to GBar on Eberle Street.  We absolutely loved Lavinia, the Drag queen DJ.  She plays the best classic tunes to dance to, and when you are the butt of the jokes (which I was for the whole night), then you feel that Liverpool has really welcomed you back home!

We were glad for the midday check out on Sunday and I was also happy to have ordered breakfast in our room. We had a ball in Liverpool and I cannot praise the Titanic Hotel enough. To add to the welcome back – some true enterprising Scouser had managed to break their parking barrier – so we got parking for the 48 hours absolutely free too! 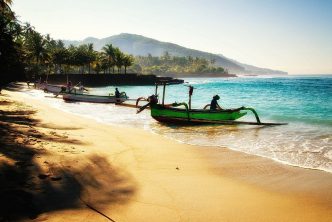 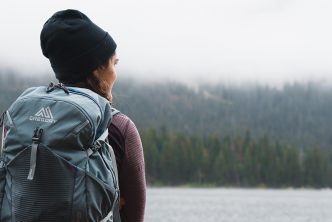 Written by Liz Ratcliffe
Add comment
Tapas, Modern Art and Vintage Shopping in Bilbao
FacebookTwitterPinterestWhatsApp
Flying by seaplane on a weekend in Milan