I feel rather ashamed about my previous lack of awareness in terms of the LGBTQ history of Berlin.  When I saw that this tour was entitled ‘Berlin – The World’s first LGBTQ Capital’ I was not convinced, however, over the hour-long tour, as my ignorance was fed with new information, and I soon grasped why this title was so appropriate.

I was lucky enough to join a virtual tour of Berlin, provided through Globetrotter VR.  Not only is the tour possible in the comfort of your own home, visiting places by the means of Virtual Reality, but you also get to have a conversation with your very own tour guide, via Zoom.  Our guide was Dr Finn Ballard, a trans man and exceptionally knowledgeable about the LGBTQ+ history of Berlin, having lived there since 2008.

The tour starts off as a conventional zoom meeting, but then the guide shares their screen, which provides a 360-degree panorama using high resolution imagery of the different locations it is possible to visit.  You can have access to this VR panorama after the tour, and navigate yourself around Berlin, where there are useful bits of information provided at different locations if you want to read more about the location or its history.

During the virtual tour, Finn took us to different locations and provided a verbal explanation of what each location represented in terms of LGBTQ activities – past and present.  As with a normal walking tour, this was a two-way process, where we were encouraged to ask questions which Finn was able to answer.

We visited different locations throughout West Berlin.  Finn pointed out the magnificent pre-1900 buildings that remained in the city, which is itself remarkable since 80% of buildings in Berlin were destroyed during WW2.  As we travelled around to different locations, we got an overview of why they were important from the LGBTQ+ point of view – discussing developments in gay literature and publishing, gay cinema and theatre, to where current Prides are held throughout the year and the best current clubs to go to.

For example, we learnt that the first ever gay magazine, “Der Eigene,” was published in Germany in 1896.  In 1897 in Berlin, the publishers of “Der Eigene,” Dr. Magnus Hirschfeld and Adolf Brand, went on to form the world’s first gay liberation movement. The “Scientific Humanitarian Committee” was a political group that lobbied the German parliament to abolish the law forbidding homosexuality known as “Paragraph 175,” which had been on the books since 1871.

The gay subculture flourished in Berlin in the era between World War I and the rise of the Nazis, when there were nightclubs and cabarets that catered to a gay clientele, gay-themed theatre and films and gay-oriented publications that were sold at kiosks.  Berlin become a haven and refuge for gays and lesbians from all over the world. There are 170 clubs, bars and pubs for gays and lesbians, and well as riotous nightlife and a gay neighbourhood. Much of the gay nightlife was centred around Nollendorfplatz in the Schöneberg district of Berlin, and still is today.

Partly driving this new era of tolerance were the doctors and scientists who started looking at homosexuality and “transvestism” (a word of that era that encompassed transgender people) as a natural characteristic with which some were born, and not a “derangement”.  In 1919, Hirschfeld founded the ‘Institute for Sexual Science’, with which he aimed to make people conscious of their sexuality and allow people to live their sexual lives as they wanted, not just according to rules that were dictated by society.” The story of Lili Elbe and the first modern sex change made famous in the recent film “The Danish Girl,” reflected these trends.

For Germany’s gay men and lesbians, Berlin represented promise. Its gay scenes offered exciting places to hunt for love and happiness. Christopher Isherwood, whose short stories based on his stay in Berlin eventually became the basis for the 1972 film Cabaret, with Liza Minnelli, put it simply enough: “Berlin meant boys.”  There were larger clubs that offered singing, cabaret, and theatre, whereas smaller ones focused more on giving men a chance to mingle among themselves, perhaps providing a piano player to offer entertainment. One of the most famous nightclubs in the 1920’s was the Eldorado, which featured several transvestite performers.

However, this gay utopia was suddenly threatened one day in May 1933, when pristine white-shirted students marched in front of Berlin’s Institute for Sexual Research – that safe haven for LGBTQ people – calling it “Un-German.” Later, a riot ensued, and the mob hauled out its library to be burned.

The Nazis’ rise to power spells the death knell for this diversity in Berlin. Within just weeks of Hitler’s appointment as chancellor on January 30, 1933, the subsequent raids and crackdown throughout the year marked a stark turning point in the Nazi persecution of homosexuals. After Hitler’s regime took control, all gay and lesbian bars and meeting places in Germany were closed.

The Gestapo opened a special anti-gay branch. During the following year alone, the Gestapo arrested more than 8,500 gay men, quite possibly using a list of names and addresses seized at the Institute for Sexual Research. Not only was Paragraph 175 not erased, as a parliamentary committee had recommended just a few years before, it was amended to be more expansive and punitive.

Between 1933 and 1945, an estimated 100,000 men were arrested as homosexuals, of whom some 50,000 were officially sentenced. Most of these men served time in regular prisons, and an estimated 5,000 to 15,000 of those sentenced were incarcerated in Nazi concentration camps, although many argue that these figures were significantly higher. Gay men in the camps had to wear a pink triangle on their clothes, and often suffered an unusual degree of cruelty by their captors.

After WW2, Paragraph 17, the law criminalising male homosexuality was retained in democratic West Germany, which convicted some 50,000 men between 1949 and 1969.  Homosexuality was eventually decriminalised in 1969 but the legislation wasn’t taken off the books entirely until 1994, a few years after German reunification.

After the suppression of the entire gay and lesbian community and subculture by the Nazis, it wasn’t really until 1971 that the homosexual scene started to recover again – which is when the gay movement Homosexuelle Aktion Westberlin (Homosexual Action West Berlin) was founded.

The first Christopher Street Day (CSD) (gay pride parade) took place in Berlin in 1979. The community got a whole new lease of life with the founding of the Berliner Lesbenwoche (Berlin Lesbian Week) and the oldest and largest gay and lesbian city magazine Siegessäule in 1984.  Since 1993, the gay/lesbian city festival has been celebrated every year – it is the largest of its kind worldwide and ensures to this day that Berlin is home to the most diverse, vibrant and popular gay/lesbian scenes in Europe.

These days, up to 750,000 people celebrate the CSD in Berlin in the streets of the city – no matter whether you are gay, lesbian, bisexual, heterosexual, transgender or another sexual orientation. More than 50 floats make their way through the city and towards the Brandenburg Gate.  The Berlin nightlife is now famous again for its gay clubs – the most notable is the Berghain at Ostbahnhof and the KitKatClub in Mitte.   Berlin now has rainbow neighbourhoods in Kreuzberg, Mitte, Schöneberg and Prenzlauer Berg.

Having experienced the hour-long virtual tour, Berlin is now well and truly on my list of places to visit once this pandemic is over. The clubs sound great but I also want to drink in the history and visit the various locations on the tour myself to pay respect to those who did not live through the more tolerant times that we enjoy in Europe today.

To find out more or to book a tour visit globetrotter-vr.com 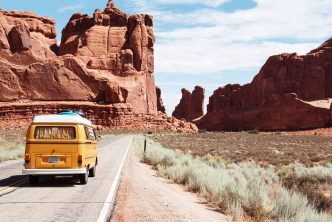 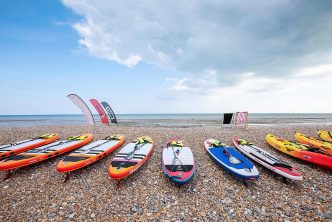 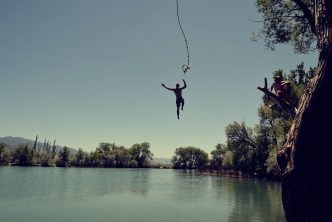 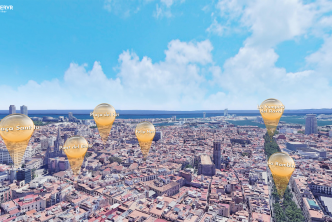 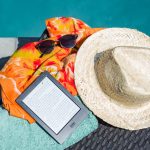 Essential travel planning for a safe and enjoyable trip