Paul Thomason finds this golden anniversary production of Grease sure to inspire a new generation of fans.

A couple of weeks ago a pair of 12-year-olds showed me around a secondary school on an open day. They were very proud that their school production this year was Grease and one sincerely explained to me, “It is a musical set in a school in America and there is a boy named Danny and a girl called Sandy”. Although accurate, he failed to mention the show has one of the greatest soundtracks of any musical but given he maybe hasn’t seen it yet.

He did say he was off to see this new touring production celebrating Grease’s golden anniversary, when it stops off at the Opera House this week. And I’m pleased to say the kids are in for a treat.

For starters, the big ensemble pieces jump out at you thanks to the brilliant choreography on display that Strictly veteran, Arlene Phillips brings to this performance. Then there is the experienced star quality Peter Andre brings to his dual roles of chain-smoking regional disc jockey, Vince Fontaine, and Teen Angel. Andre appears far more than you’d expect due to the clever positioning of the radio studio high up on the back of the stage which clearly pleased many in the audience who remember him from his chart-topping days from the end of the last century. Although he is playing the older man surrounded by teenagers, which could have come across as creepy, his appearances are joyful and justify the top billing.

With this show being a combination of the original stage version and the 1978 movie masterpiece this is likely to be different to any staging of Grease you’ve previously seen. In this version, the darker direction from Nikolai Foster highlights the harshness of the teenagers’ comments and behavior to one another by toning down the usual charming nature of Danny (Dan Partridge), Kenickie (Paul French) and Rizzo (Tendai Rinomhota) so their banter has a crueler edge.

The other Burger Palace Boys (the original T-Birds) and Pink Ladies are easy to warm to though with many getting a chance to shine with solos. Some original songs from the stage show that were demoted to background soundtracks in the movie are brought back and all of them are performed excellently: Freddy My Love by Tara Sweeting as Marty, Mooning by Josh Barnett and Maeve Byrne as Roger and Jan, and Those Magic Changes by Alex Christian as Doody.

Kenickie rightfully gets the Greased Lightning song back (it is his car after all) and French plays him like he is the real leader of the Burger Palace Boys. Thea Bunting also brings more to Patty Simcox than any previous incarnation I’ve seen.

Ellie Kingdon provided an accomplished debut performance as the leading lady, Sandy, and, after nailing Hopelessly Devoted To You, I expect to see her in many more lead roles off the back of this performance.

After months on end of singing Born to Hand Gel Baby to my son when using sanitizer, it was great that he got to see the full ensemble Hand Jive. He is hopeful that when he gets to the secondary school, they put on another performance of Grease in years to come because he felt inspired to play Danny Zuko and try to fill Dan Partridge’s shoes. Be warned Dan – his quiff growing starts tomorrow.

Grease the Musical is at The Opera House, Manchester from 12-23 October 2021. 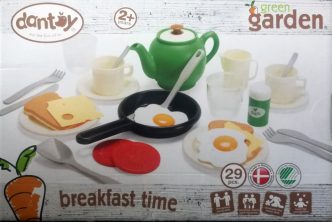 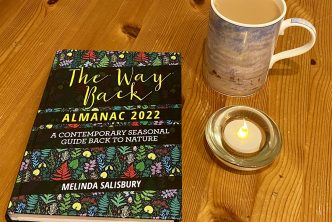