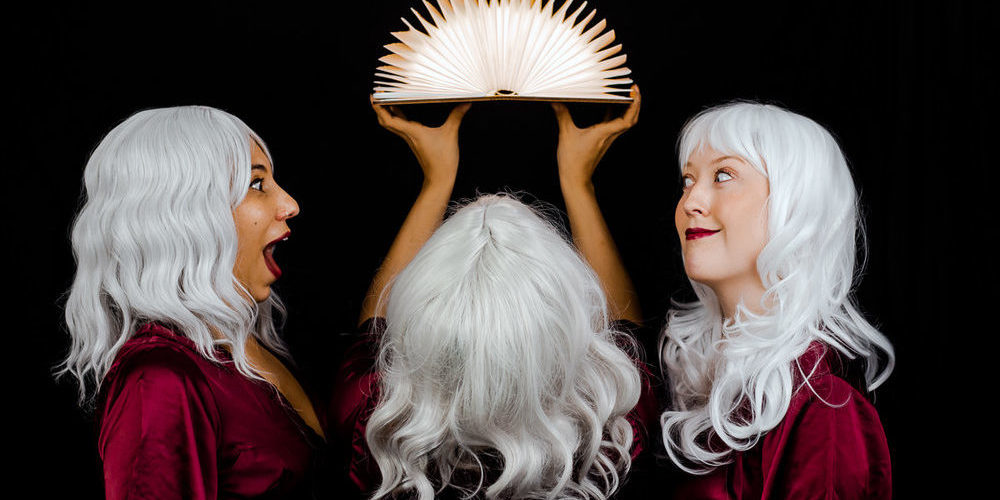 Meraki Collective’s dance theatre work Kill a Witch or Die Trying, is performed as part of Waterside Art’s Refract festival. Their patchwork of movement and spoken scenes in response to the issues of sexism, misogyny and maltreatment of women throughout the ages has the potential to challenge its audience to see things differently – Refract’s tagline – but unfortunately it only scratches the surface of these issues.

The promised celebration of ‘the formidable power of Woman’ is realised in sections of repetitive, almost tribal movement to a heavy beat, which grows increasingly frantic towards the end. The performers throw themselves into the dance with impressive energy, and the dramatic effect is heightened by up-lighting which casts large shadows on the wall of the venue.

The show description also promises belly laughs, and in spite of the dark potential of the subject matter it is definitely funny. An extract from the 1980s song ‘Insatiable Woman’ is played twice, prompting a cheesy, suggestive dance routine that is performed first with conviction, then with heavy irony and irritation.

Kill a Witch begins with the three performers donning long white wigs; paired with their long red satin dresses, these costumes are appropriately reminiscent of the handmaids in Margaret Atwood’s iconic feminist novel. The climax of the show sees the cast remove these wigs and the nets underneath, releasing their hair and so freeing themselves from enforced stereotypes.

An opening voiceover about Eve seems to promise that the show will follow a narrative of fallen women from history, but it doesn’t go down this route. However, apples do recur throughout –eaten, picked apart and rather bizarrely bobbed from a bowl – as a symbol of woman’s temptation of man.

Instead, short and unconnected scenes touch on the abuse and harassment that women can be subjected to, especially online. The existence of ‘incels’ – involuntary celibates who are usually male, heterosexual and misogynist and use online platforms to vent their frustration against women – is briefly explored in a mini pseudo-lecture. One of the most impactful moments in the piece is a deadpan recitation of jokes, which begins with silly, witch-themed puns about ‘vroomsticks’ and ‘newt-rition’ but devolves to increasingly shocking jokes about women that get fewer and fewer laughs.

Kill a Witch or Die Trying is a funny, surreal and at times thought-provoking show but it lacks focus; this may be because the topic is so vast and enmeshed within itself that it’s hard to tease out particular strands, but with a clearer narrative between the sections it could have a lot more impact.

Kill a Witch or Die Trying presented by Meraki Collective was at Waterside Arts, Sale as part of Refract19 on 24 July 2019.