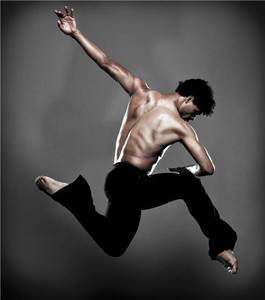 It’s inevitable when a show is only on for one or two nights that by the time you read the review it will have travelled elsewhere.

However, when it comes to Carlos Acosta it’s safe to say that you would’ve had to get organised more than a few days in advance to secure a seat.

The Cuban is one of the most acclaimed and probably the most charismatic dancer around and anyone who sees him dance wants to watch him again. Greater Manchester audiences have been lucky because the Lowry was the first of only four venues on this current tour.

Premieres Plus, conceived and directed by Acosta, experiments with contemporary dance while maintaining a strong influence from Acosta’s classical training.

There are nine choreographed pieces in a two-part programme which moves from sensual duets with Royal Ballet principal Zenaida Yankowsky to solo dancing, ending with a 40-plus strong choir on stage.

There is also strong use of digital technology and multi-media, with the stage turning into a huge cinema screen during Hand Duets, with a close-up film of Acosta and Yankowsky’s tastefully naked bodies emphasising both the power behind each movement in the muscular close-ups and the fluidity in which they mirror each other in a seemingly effortless way, becoming one.

Indeed, the whole show is a celebration of the human body, its strength and beauty. Some of it works better than others, but on the whole the dancing is emotional and involving.

Acosta, who dances for the most part with his chest uncovered, presents an almost primal masculinity. This is displayed none better than in Two, which brings Part One to a close before the interval.

Russell Maliphant’s martial arts inspired choreography coupled with Michael Hulls’s atmospheric lighting work to powerful effect in this piece. At one point it appears as if Acosta’s hands and feet are on fire, and his movements become so fast as to become a blur of light, something we can’t capture. It’s electrifying.