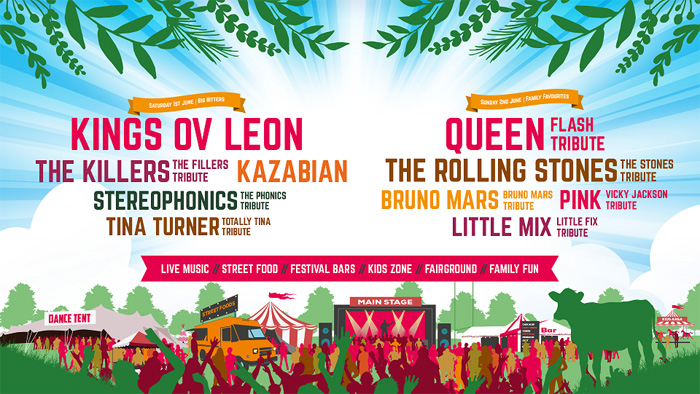 We’ve got a pair of weekend tickets to giveaway for Cheshire Fest, which returns to Cheadle Hulme this summer with a packed-programme of family entertainment, live music, food and drink.

The two-day family-friendly festival is twice as big this year, featuring the region’s finest new talent and a fantastic line-up of the UK’s best tribute acts across both days.

In addition to the Main Stage line-up the festival has added an acoustic stage with a line-up of more than 20 homegrown talent and rising stars of music performing a mix of original material and well-known classics.

We have a pair of weekend tickets to giveaway for Cheshire Fest weekend on 1 and 2 June 2019 at Manchester Rugby Club, Cheadle Hulme. For a chance to win email your full name and address to competitions@quayslife.com with Cheshire Fest in the subject line. Or enter on social media by retweeting and following @quayslife and/or sharing our competition and liking our QuaysLife page on Facebook. Competition closes at noon on Friday 5 April 2019.