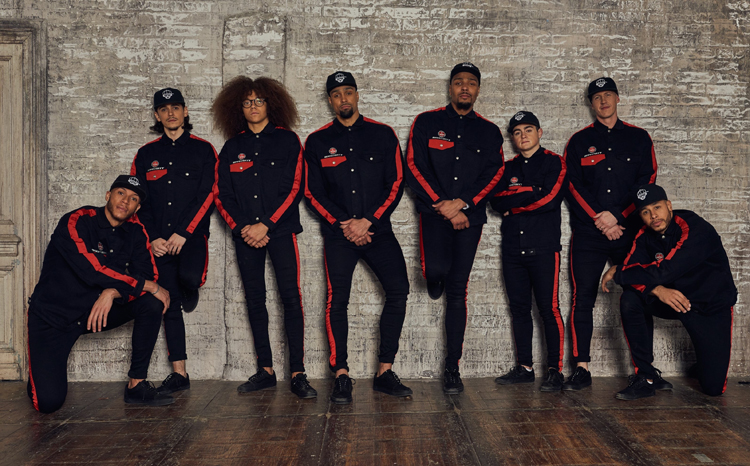 Since winning Britain’s Got Talent almost 10 years ago, dance act Diversity has grown to be one of the world’s most popular dance acts. Since then, its lead dancer and choreographer, Ashley Banjo has become a familiar TV-face, as a judge of Sky1’s dance talent show Got To Dance and ITV’s Dancing on Ice, as well as fronting his own shows, Ashley Banjo’s Street Crew and Ashley Banjo’s Big Town Dance for Sky1.

Now Ashley and Diversity are taking on another new challenge. As part of the Circus250 celebrations they have partnered with one of the world’s leading circus companies, Gandey World Class Productions, fusing street dance and circus to create a brand-new type of show.

Ashley talks to Quays Life about the challenge of creating Ignite, a two-hour spectacular of street dance, acrobatics, death-defying stunts, magic and feats that promise to leave audiences rethinking what they thought was humanly possible.

Whose idea was it to link the talents of Diversity and Gandey’s circus?
I was speaking to a good friend who told me it was the 250th anniversary of the circus, and we were put in touch with Gandey’s. The rest is history!

What attracted you to the idea of the show?
Being able to do something that I feel has been a calling for us for a while. We have never officially done circus before but we have been inspired by it and brought elements to our routines from the beginning, so it felt like with it being the anniversary it was an incredible opportunity.

Did you know much about circus before this?
Nowhere near as much as I do now! But I have always loved the circus.

Have you and the dancers had to learn any circus skills for the show?
Yes, we have! We have had to learn different types of aerial work, so we are suspended really high-up at certain points in the show. We have learnt the art of clowning, we have been learning all different types of escape and illusion and we have also turned our hands to a couple of strong man acts in the show!

What has been the most challenging part of bringing street dance and circus together in one show?
Obviously when you combine two different worlds they work differently, there are different techniques, different ways of performing and different styles of show and the trick is blending the two and making them feel like one unique show as opposed to two sets of people coming together, that is always the challenge. But when everybody is good at their job and loves what they do, that is the type of challenge everyone wants to accept!

How has working on the choreography for this show differed from what you’ve done before?
Normally I am just worrying about the 5,6,7,8’s and worrying about how to make that look good. I rarely have to worry about what’s in the air, how someone bends, what something looks like from a certain angle, am I going to survive getting through this because there are elements in the show that really are that dangerous? But that is what excites me about pushing the limits of the human body.

What can audiences expect from the show? Is it suitable for kids?
It is definitely suitable for children! But like my favourite films, my shows always have double meanings that you can connect to on different levels, so the adults will definitely enjoy and love the show just as much and hopefully it will take you on a roller-coaster of emotions and make you feel inspired when you leave.

It’s almost 10 years since Diversity won Britain’s Got Talent. How do you think the act has changed in that time?
I think at its core it’s still the same, and that it is still a group of guys who are best friends and are doing what they love to do, but what we love to do has grown and changed. We used to just dance but now we do magic, illusions, aerial, escapes, all sorts of different things and combine that into our world. So, nothing has changed but at the same time everything has changed!

What is your vision for the next 10 years?
Our vision for the next 10 years is to continue to grow. You know what and who Diversity is and what to expect, but in some ways, it is almost unrecognisable in terms of the numbers and what we like to do in our shows. I want to be able to create bigger and better shows and hopefully build those shows into something people would love to come and watch all over the world.