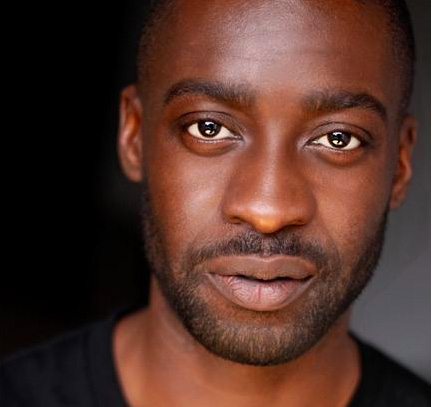 Emmanuel Ighodaro on the UK tour of Barber Shop Chronicles

Q: This is the first time Barber Shop Chronicles will be seen by a north west audience, what can they expect?

Emmanuel: “They can expect a lot of dancing and singing, but also a better understanding of the types of conversations between black men – seeing it through the lens of black perspective.

“It’s an extremely vibrant and exuberant show – there are some hard-hitting scenes within the play but also scenes where audiences can have fun and enjoy themselves.

“It’s also a partially interactive show. Pre-show there’s opportunity for audience members to sit in the barber chair and have a haircut – it’s a simulated haircut so there’s nothing to be scared of! There will also be a live DJ which is one of the cast members”.

Q: Can you tell us more about the music?

Emmanuel: “There’s a lot of acapella and four-part harmony singing, with a lot of call and response. These songs punctuate the show, particularly in scene changes. The play is set in 6 cities over the course of a day – London, Lagos, Kampala, Harare, Johannesburg and Accra – the songs that we sing set up the changes into those scenes”.

Emmanuel: “I play three different characters. Tokunbo who is a strong, proud Nigerian barber with an entrepreneurial mindset who owns his own barber shop in Lagos. I also play Ugandan Paul who is a man that is extremely elegant and flamboyant. He’s married with kids but it’s implied that he could be gay although that is never directly spoken about. This is because of the ramifications of being gay in Uganda – other characters talk about those ramifications around my character without realising they could be talking about him. My final character is Simphiwie who is a South African man who is an alcoholic that’s been estranged from his wife and child for over 20 years. He was abandoned by his father and finds his solace in drink – he struggles to repair his life and holds a lot of pain which is extremely challenging and exciting to play”.

“When people look at me – I’m 6ft 5 and work out – I get this impression that people assume I have strength all the time”.

Q: In what ways do you relate to the image of Black masculinity presented in the play?

Emmanuel: “Black masculinity is a very broad term. I imagine people have an idea of black masculinity as someone who is strong all the time. I can only go off my own experiences – when people look at me (I’m 6ft 5 and work out) I get this impression that people assume I have strength all the time. That’s what I like about the play – it investigates the intricacies of black masculinity but also the universal themes within it. The struggles with identity, friendship and fatherhood, all of these themes, no matter where you are or where you’re from are things we hold dear in our hearts”.

Q: Why do you think barber shops encourage such rich and varied discussions?

Emmanuel: “Because they’re discussions that need to be had, and I feel that the play unashamedly delves in to these subjects which some people might not fully understand or have any experience with. The play takes the ideas of these communities further than what we hear on the news which can be quite demonising. The play adds humanity to the characters and the stories that we’re telling. It’s also not wholly essential it comes from a black perspective – these stories are something we’ve all been through. That’s what I love”.

Q: What do you hope people will take from the show?

Emmanuel: “I want them to come and have a good time – theatre should be fun. I’d even like them to get involved if they’re not afraid to get up on stage. I’d just like them to get a better insight into the story we’re trying to get across, and hopefully a better understand of the black male perspective”.

Q: The play leaps from a barber shop in Peckham to Johannesburg, Harare, Kampala, Lagos, and Accra over the course of a single day, what do you think the scene would be like if it stepped into one of the Salford barbers from your youth?

Emmanuel: “Not as relaxed! I think it would be a much more chaotic affair. Salford was very rough in my youth – and I can only speak for myself – but there was a lot of racism around when I was a child. I don’t think because of the nature of the time that the barber shops in Salford were as open for discussion. Nowadays it might be a different story – times have changed a lot, times were different then”.

Q: As a Salfordian, what does it mean to you to perform in this show at the Royal Exchange?

Emmanuel: “I’ve never performed at the Royal Exchange before which is a little sad for me to say but I am extremely excited to be performing there for the first time with this particular show. It’s an important show and the characters are rich. Inua [Ellams] has really captured the essence of the conversations that occur in this environment. And my family get to see it, me in my hometown! Usually I’m away and they can’t always see it so it’s really nice to be in the centre town with the people I know and love coming to see me”.

Barber Shop Chronicles is at the Royal Exchange Theatre in partnership with Contact from 7 – 23 March 2019.