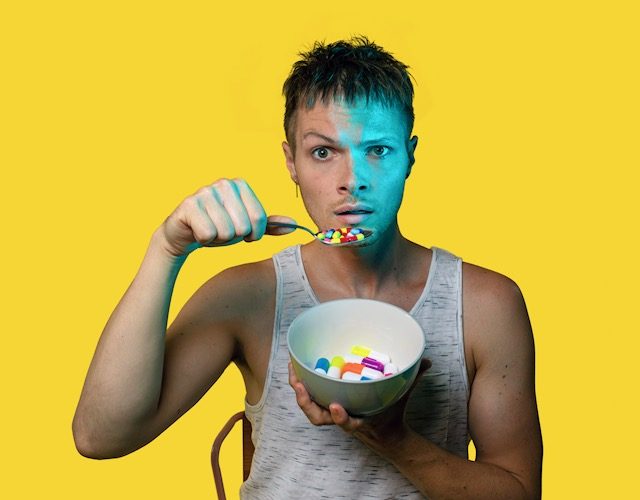 Nathaniel Hall contracted HIV when he lost his virginity aged 16. Fifteen years on he’s written a play, ‘First Time’ about his experience.

How did you find out you were HIV positive?

I got ill while on holiday with my parents. I was 16-years-old and we just thought it was something dodgy I’d eaten. When we got back to Manchester my Mum took me to the emergency doctor who said it was probably a waterborne infection – I lost over a stone in weight.

Then I got other symptoms in the downstairs department a few weeks later and so took myself to the GUM (genitourinary medicine) clinic. They told me I was HIV positive two weeks after my 17th birthday.

I had quite a bad sero-conversion – when the body recognises it has HIV and you get symptoms – but for many people the symptoms are similar to a bad cold and they don’t recognise that it is HIV.

What was your initial reaction to the diagnosis?

Total shock and a feeling I’d let people down. I wasn’t stupid, I knew about STI’s and I’d had a conversation about safe sex with my Mum too. But I hadn’t met any other openly gay men prior to meeting this guy – when I did, it was exciting and validating. I let him take the lead as he was older.

I felt ashamed that I’d made such a stupid mistake. Plus, in 2003 I was given a life expectancy of around 37 years – so it was fairly traumatic.

Now I can rationalise that it is just a virus, it doesn’t care who I am or how I caught it – it’s humans who judge like that.

How has your view changed since then?

HIV healthcare was pretty good when I was diagnosed but it has completely changed over the past 15 years. Now I take just one tablet a day and that keeps me healthy.
It took me a long time to shake-off the self-shame and stigma I felt. It was deeply connected to the shame I already felt as a gay man – internalised homophobia is really common amongst gay men – and it was very powerful.

Now I can rationalise that it is just a virus, it doesn’t care who I am or how I caught it – it’s humans who judge like that.

You said you didn’t tell many people for 14 years. What was it like to live with that secret?

I didn’t tell my family which is the thing that haunts me the most. We’re really close but that is how powerful the stigma of this disease can be. I know lots of other HIV positive people who have similar stories of staying quiet with those closest to them.
Over the years I thought I had it all boxed-off and compartmentalised, but the pain worked its way into every aspect of my life. I’d get depressed or angry for little or no reason and I’d sometimes turn to alcohol or drugs to try and self-medicate.

What changed to make you start being more open about being HIV positive?
It all came to a head with a mini-breakdown last year and I knew something had to change. I wrote a letter to my closest family members pouring my heart out and explaining everything.

When did you first have the idea to turn your experience into a play?

I’ve always dreamed of doing something like this with my story and people who knew my story always said how remarkable it was and what a great play it would make. Oddly, I never realised how dramatic it was, as it was just my life!

I work with a range of amazing theatre companies including Contact in Manchester and 20 Stories High in Liverpool and they often use real stories as a starting point for their work, so I was inspired by them, as well as theatre heroes of mine such as trans-theatre maker, Kate O’Donnell and performance artists, Stacy Makishi and Bryony Kimmings.

What was it like to write about something so personal?

I’ve always used writing and poetry to help me make sense of the world and my own experiences so it felt quite natural. But the piece took me to some difficult places and made me revisit my teens with an adult perspective which was tough.

I’ve never written a solo-show before though, so it’s been a long learning process – thankfully I have a whole host of inspiring writers, dramaturgs and theatre-makers around me to help and guide me.

What can people expect who come to see it?

A funny, frank but unapologetic look at what it means to grow up gay and HIV positive in a straight and HIV negative world.

The piece is full of humour but also tinged with moments of pain and sadness – so bring the tissues. It’s not just a monologue either, there’s ‘bad’ drag, lip-syncing, an interactive quiz and loads more that I can’t reveal – expect to go on a journey with me and the rest of the audience.

What is the one thing you would like other people to know about living with HIV?

People living with HIV are demonised as being infectious or dangerous, but this isn’t true. Most new infections come from people who don’t know they have the virus, that’s why it’s so important to get tested regularly. It’s national testing week so get to it!

In fact, people who have been on effective HIV treatment for over 6 months and have an undetectable level of virus in their blood cannot pass on the virus – so people like me are functionally cured in a sense. That’s a radical new development in HIV that people don’t really know about.

Is there anything you’d like to say about the show?

Only that I hope it inspires people to live their lives more openly and honestly and without shame.

First Time, written and performed by Nathaniel, is at Waterside Arts Centre, Sale on 25 July 2019 as part of the Refract festival before heading to the Edinburgh Fringe on July 31.

Written by Carmel Thomason
2 comments
Dylan Emery co-founder of Showstopper! The Improvised Musical shares the secrets behind his unique blend of musical comedy improv
FacebookTwitterPinterestWhatsApp
Backstage chat with the cast of We’re Going on a Bear Hunt Live