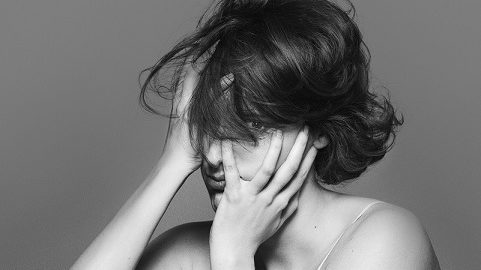 Phoebe Waller-Bridge is definitely flavour of the month. She’s an award winner. She has writing credits on the fantastically successful Killing Eve. Fleabag is now a hit BBC TV show in its own right and she’s co-written the next James Bond film, No Time to Die.

Tonight, her one-woman show Fleabag which inspired the wildly irreverent TV series is performed at the National Theatre and being screened live to cinemas across the country and internationally. Screen 6 at the Manchester Odeon is packed and there’s standing room only. There’s an unfamiliar buzz that suggests something special. Something dangerous is about to take place.

Directed by Vicky Jones we’re treated to a sparse stage with only a red cushioned chair at its centre. Phoebe races on stage and is immediately ‘in character’. She’s out of breath. Flustered and hot. She wears a knitted deep-red jumper, black jeans and black patent shoes. She communicates with an off-screen narrator – it’s immediately apparent it’s a job interview. Those of you who have seen the series will be familiar with the killer push-line and pay-off of this sketch. For those who haven’t, the routine works equally well, if not better.

This is a surprisingly physical performance for a one-woman show where the only prop is a chair. Phoebe contorts her face. Her body and our minds as she journeys through her hyper-sexualised and deeply self-conscious world. For Phoebe her inner monologue is laid bare, what you see is what you get. And what you get is a slice of Sex in the City, Men Behaving Badly and Miranda all rolled into one – on steroids.

No, she doesn’t swear. But she’s very comfortable discussing threesomes. One assumes this topic would have been thought too risqué for the BBC, but Phoebe, armed with her clipped English accent ‘gets away with it’.

Each vignette covered during the 90-minute performance is carefully and successfully acted out with Phoebe providing accents and the bodily quirks for both the men and the women. Amidst the humour one searches for an understanding of what drives her character, what’s her motivation in life? She owns a failing guinea-pig themed café where customer orders are bought from local supermarkets and microwaved. She’s envious of her sister who’s firstly a professional success; secondly very organised and thirdly has much bigger breasts – inherited from their mother. I’m not sure we are any closer to understanding what drives her but then this is possibly a reflection of real-life. People can’t necessarily (nor should they always) be labelled or compartmentalised.

Phoebe’s sexual frankness both in what she does and more importantly that we’re invited to listen in to, is a revelation; and it confirms that the one-woman show was packed with dark comedy and plot twists that were ripe for use in a television sitcom.

At the end of the performance Phoebe takes several bows, basking a knowing and telling glory. The applause comes genuinely from London and Manchester – this ‘woman of the hour’ really has made a dangerous and electrifying connection with her audience.

Fleabag was screened at Manchester Odeon as part of National Theatre Live on 12 September 2019. Fleabag is produced by DryWrite, Soho Theatre and Annapurna Theatre. The production runs at Wyndham’s Theatre, London from 20 August – 14 September 2019.