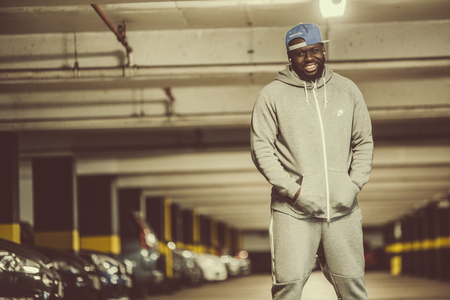 For those quick to label Manchester International Festival as elitist, point them towards FlexN Manchester.

In recent years Britain’s Got Talent has revealed a huge appetite for street dance in popular culture, and this show is a fantastic expression of it. Indeed the flexing style emerged from Flex N Brooklyn, a TV talent show in the US on which choreographer, Reggie ‘Reg Roc’ Gray performed a street dance form with roots in Jamaican dancehall called, bruk-up.

Reggie carries more than a few extra pounds. He doesn’t look like your typical dancer, and he is the first to admit that he wasn’t always great at bruk-up. But from his failings grew a greater strength, flexing, a free form of movement that he says can’t be copied because it needs to express what is going on in your heart.

Saying that, he has a whole host of names for the different moves we see on stage, from ‘pauzing’ which derives from watching what a video looks like on pause, to bone-breaking, get-low and gliding. Thankfully you don’t need to be familiar with any of the street dance jargon to enjoy the show. It’s not about what you know but rather who you are, and there is rawness and individuality about the moves that gives an authenticity to the production that is hard to knock.

As well as bringing the New York based company to the UK, MIF has also used the production to bring opportunities to young dancers from the region. Community shows can often feel worthy, but this doesn’t. It feels alive. Some of the young Mancunian dancers may not be as experienced or as skilled at performing, but they hold their own when centre stage. Even off stage you can see them feeding off each other’s performance – they can’t keep still. Seeing so much energy and enthusiasm can’t help but draw a smile.

Epic B has created a music track from popular rap and hip hop tunes. Naturally there is some choice language, but nothing teenagers who listen to this music haven’t heard before. For young people growing up in urban areas thousands of miles apart, this dance clearly gives an expression to their lives without the need for words.

FlexN Manchester is at the Old Granada Studios, Manchester from 11-18 July 2015.