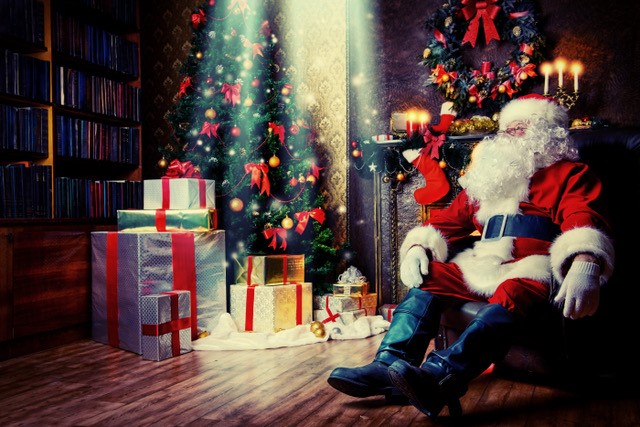 Pull on your Christmas jumper and get down to Heaton Park for sleigh-bells, singing and some traditional ghostly tales.

The Grade I listed Heaton Hall has been the source of many tales over the years, and this Christmas it’s being opened to the public to create more memories in its story-telling heritage.

The hall was originally designed in the late 18th century by architect James Wyatt as a home for Sir Thomas Egerton, whose family lived in the grand property for more than 100 years.

During the 20th century the hall had several practical uses as army training camps and hospitals during the first and second World Wars.
After many years of closure it has recently been opened to the public again as a space for site-specific theatrical performances from Feelgood Theatre, which has a long-history of producing outdoor performances in the surrounding park land.

A Christmas Tale in Heaton Hall is Feelgood’s latest show, a family Christmas story with singing, ghosts, fairies, Santa and the Manchester Bee.

The show is suitable for ages four and upwards, and little-ones are encouraged to bring a cushion with them to sit at the front. If you are looking for an opportunity to wear your Christmas jumper there are prizes for the best festive dress!
The show lasts for one hour, after which you can enjoy mince pies and find out more about other groups who organise activities in the park such as The Astronomers, Bee Keepers, the Tramway and The Friends of Heaton Hall.

A Christmas Tale in Heaton Hall is at Heaton Hall on 15 and 16 December 2018. Visit website for details.

Written by Carmel Thomason
Add comment
Take That’s Gary Barlow, Howard Donald and Mark Owen talk about their roles as producers on musical The Band
FacebookTwitterPinterestWhatsApp
What does it take to be a 21st century slapstick comedian? We talk to Jon Bittman of Släpstick at Home, Manchester