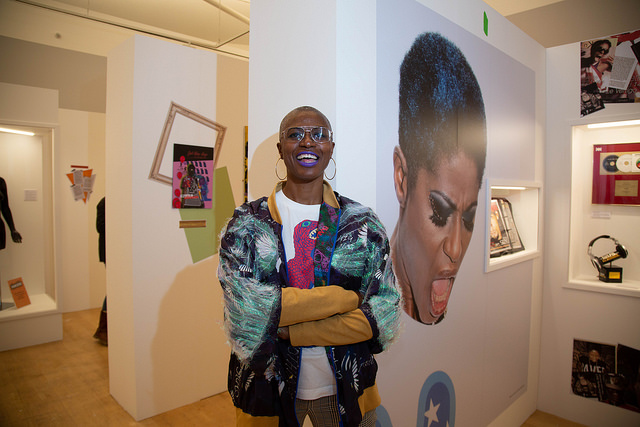 Manchester-born, DJ Paulette has curated the latest of the Lowry’s Edit series of gallery projects, with a new art installation titled, Homebird.

The name was chosen because although her music has taken her around the world, Manchester has a pull that always brings her back.

“I’ve lived in London, Paris and Ibiza because of it, but returned to Manchester like a homing pigeon,” she explains. “I’m a first generation Black British citizen, born in North Manchester to working class parents, one of 8 siblings, who has been clubbing since I was 15 and dj’ing since I was 24. ‘Homebird’ shows that in life I’m a magpie, a cherry picker, a prodigal and a curator all rolled in to one.” 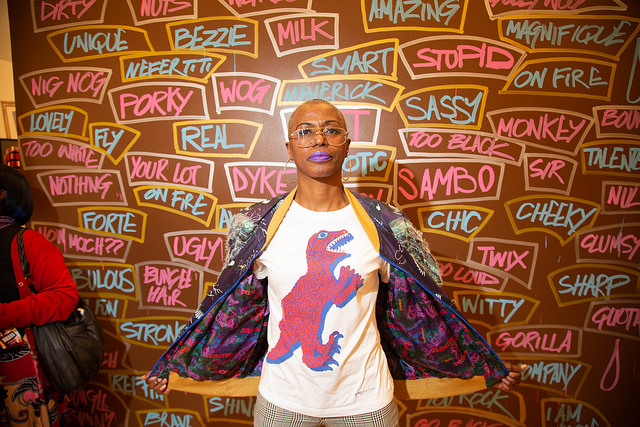 Over the past two decades Paulette has worked with many of the biggest names in dance music from Gilles Peterson and David Guetta, to Moodymanc and Mr Scruff. She has also been a resident DJ at some of the world’s biggest clubs, including the Hacienda (Manchester), Queen Club, Mix Club, Cocoon (Frankfurt), Ibiza Rocks at Pikes Hotel. She also co-presented Radio 1’s first LGBT programme ‘Loud & Proud’ with Boy George.

This latest project sees her taking over a gallery at The Lowry and turning it into an immersive mood board of her life and the influences that have shaped her as a person and a performer.

Addressing race, sexuality, gender, art and music, the installation offers a glimpse into different aspects of her life and career – from the “Sheroes” who have inspired her, to the obstacles she has had to overcome. At times it is provocative, but it’s also fun featuring a range of objects close to her heart, from  vinyl records to sequinned knickers.

Visitors to the installation will journey through a specially constructed maze of ideas, experiences, memories and influences, providing a lens through which they can orientate their own lives. And, like the centre of DJ Paulette’s world, the heart of the maze will be filled with music – six Spotify playlists grouped thematically for each decade of her life

Homebird is the third of the Lowry’s Edit series. Previous installations being from London-based artist Paddy Hartley and Salford-based textile collective, Thread.

Homebird is at The Lowry’s Andrew and Zoe Law Galleries from 22 September to 14 October 2018. See The Lowry website for details.

Written by Carmel Thomason
Add comment
5 sights to cheer you up on the Quays this summer
FacebookTwitterPinterestWhatsApp
Oliva Tweest: The Afromusical to Play Manchester on First UK tour