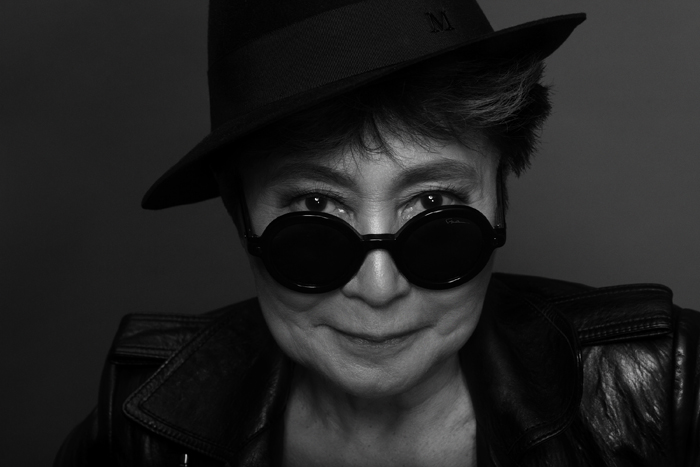 Yoko Ono, David Lynch and Idris Elba are among the artists commissioned to create new works to be premiered at Manchester International Festival 2019 in July.

Over 18 extraordinary days, internationally-acclaimed artists from over 20 countries – many working in one-off creative collaborations – will present 20 UK and world premieres at the cross-art form biennial festival.

Yoko Ono will open the festival on July 4 with Bells for Peace, in which she’ll invite members of the public to gather in Cathedral Gardens to send a message of peace to the world. Fifty years after her early bed-in collaborations with John Lennon, this is a major new commission from an artist who has boldly communicated her commitment to social justice throughout her career. During the mass participatory event thousands of celebratory voices and a people’s orchestra of bells from the UK and abroad will ring and sing out for peace and welcome the world to Manchester.

Legendary film director, David Lynch is taking over HOME for the duration of MIF19. In the gallery My Head Is Disconnected is the first major UK exhibition of his large-scale paintings, drawings and sculpture. In the theatre Lynch collaborator Chrysta Bell will host a one-off series of live shows from Lynch-inspired musicians, while the cinema will feature screenings of his classic movies, short films, conversations and more.

Idris Elba and Kwame Kwei-Armah are collaborating on Tree, the story of a young man on a journey of healing, told through dance, music and film. The piece fulfils the pair’s long-held ambition to make a piece of work together inspired by South Africa. Directed by Kwei-Armah, with music inspired by Elba’s album Mi Mandela, Tree is an exhilarating show about identity, family and belonging.

John McGrath, MIF Artistic Director and Chief Executive says: “At MIF19 we see a whole host of artists looking to the future – some with hope, some with imagination and some with concern. We never impose themes on the artists we work with, but it’s striking how this year’s programme reflects our complicated times in often surprisingly joyous and unexpected ways.

“Featuring artists from more than 20 countries, the Festival also has strong local roots, with several commissions featuring the people of Manchester as participants. MIF19 will be a feast of energy, which I hope will inspire debate and delight for the festival’s 18 days and far beyond.”

With MIF set to operate and create the artistic programme for The Factory, the landmark cultural space being developed in the city, several MIF19 works are presented as preFactory events, offering a preview of the range and calibre of work planned.

This includes, Laurie Anderson’s To The Moon, an expanded virtual reality work she is developing with the artist Hsin-Chien Huang, featuring a VR experience and an immersive installation.

Sir Mark Elder, Musical Director of the Hallé, and Johan Simons, the acclaimed Dutch theatre director, are also developing a new work for The Factory, inspired by composer Dimitri Shostakovich and the writer Vasily Grossman. They will be discussing this new work before a performance of Shostakovich’s Symphony No. 7, Leningrad.

Sir Richard Leese, Leader of Manchester City Council, says: “Since its early beginnings in 2005 MIF has attracted thousands of visitors from around the world that bring with them a huge economic boost to the city. The Festival is unrivalled in terms of the calibre of internationally renowned artists, musicians and performers that take part, whilst also inspiring local people themselves to get involved. “These are exciting times for culture in Manchester. As we look ahead to the opening of the city’s landmark new cultural venue The Factory in a couple of years’ times, MIF19 is once again set to place Manchester centre-stage and showcase it as the vibrant centre of innovation, culture, and creativity that it undoubtedly is.”