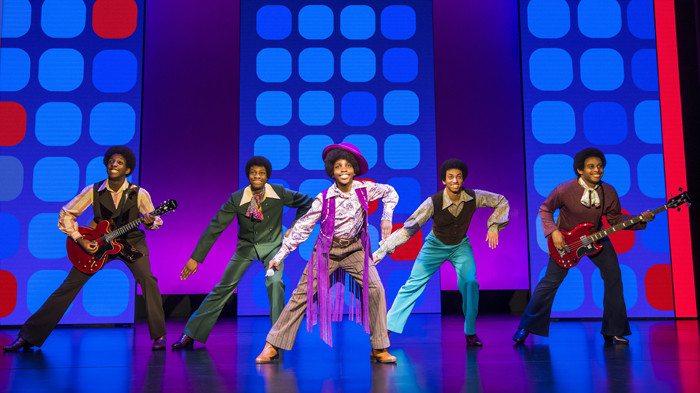 Manchester-born teen, Yami Mirazi makes his professional stage debut in Motown The Musical. The show tells Berry Gordy’s story of how he founded Motown Records and the phenomenal artists he launched on it, and in it Yami takes on the parts of a young Berry Gordy, Stevie Wonder and a show-stopping Michael Jackson.

On stage at the Manchester Opera House, the reaction to the 13-year-old’s performance of the Jackson 5’s ABC is incredible. And his enthusiasm is just as infectious off-stage. “When I was little, I watched performers like Michael Jackson and sometimes TV shows like the Wiggles but when I saw The Lion King in the West End that was when I knew that this is what I would like to do for the rest of my life,” he says.

Yami is so dedicated to a career in musical theatre that he has been performing regularly with We Are Characters drama group and North West Theatre and Arts Company for many years. His love of music appears to have been present since almost infancy, and he tells me that at just three years old he loved to sing along to the full DVD of Paul Simon’s “Graceland” concert on repeat for weeks at a time.

“I just love it so much”, he says. “When I am on stage dancing, singing and acting I enjoy it so much and I know there are people watching me do what I love and having fun.”

So, what made Yami want to come along to the open auditions for the show? “I really wanted to be able to play Michael Jackson and Berry Gordy and Stevie Wonder because they remind me of how I want to be.”

And how does it feel to now be performing on stage as these iconic people? “It feels like a dream but also a bit nervous because having to be as good at singing and dancing as Michael Jackson has got to be one of the hardest things in the world.”

After performing Motown The Musical around the country, Yami is excited to bring the show to his hometown: “It’s like a dream come true, I will be able to show my friends and family and everyone else coming to watch the show that all their support and all my work has finally paid off. I’m excited that they will be able to watch me doing what I love and having fun on a professional show and with professional actors and actresses.”

In fact, it seems to have been fate that Gorton resident, Yami would take on the role of Young Michael Jackson, who performed in Gorton at King’s Hall, Belle Vue in 1972 as part of the Jackson 5. One of Yami’s favourite moments within Motown The Musical is when he gets to perform a medley of Jackson 5 hits.

After such an exciting start on the professional stage, Yami hopes there is a lot more to come, “I hope one day to be performing on many stages and on screen and earning money that I can use to make the world a better place. I would also like to help other children become great performers.”

With such dedication at such a young age, it’s no wonder Yami is bringing the house down each time he performs some classic Jackson Five hits with Motown The Musical.