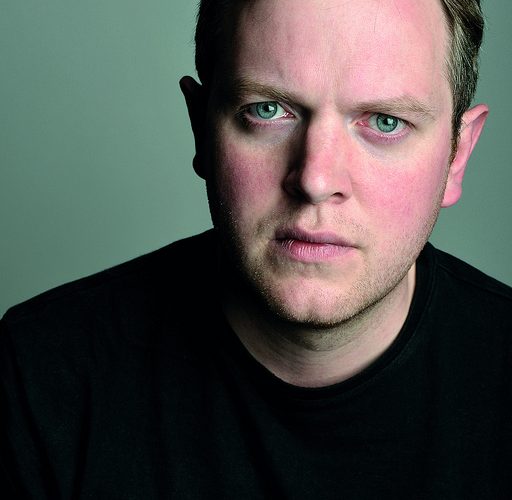 Actor David Tomlinson is recognised around the world as the classic English gent. His meeting with Walt Disney led to immortalising roles as Mr Banks in ‘Mary Poppins’ and Professor Emelius Browne in ‘Bedknobs and Broomsticks’. But for Tomlinson the drama didn’t end when the cameras stopped rolling, and his memorable film roles are only one part of an incredible life story being told on stage in a new play, The Life I Lead.

Quays Life talks to writer, James Kettle and actor comedian, Miles Jupp who are filling in the blanks on Mr Banks.

What is The Life I Lead about?

James Kettle: “It’s about the life of David Tomlinson who, amongst other things, played two roles that have gone down in the history of family cinema; Mr Banks in Mary Poppins and Professor Browne in Bedknobs and Broomsticks.”

Miles Jupp: “He appeared to be a family man specialising in high end buffoonery, but he actually had a much more complex life.”

What inspired you to write the play?

JK: “I wrote the play for Miles – while I was watching Mary Poppins it struck me that there were some vocal and physical similarities between Tomlinson and him. I obviously knew of Tomlinson as a celebrated actor, but I knew very little about him as a man. When I looked into it, I discovered two extraordinary father/son relationships; the relationship with his father, who had two separate households – one in London and the other in Folkestone – and the relationship with his son Willy, who was one of the first children in the UK to be diagnosed with autism.”

James, why did you choose to write this piece as a one-man show?

JK: “I really wanted to show Tomlinson the actor portraying all of the different characters in his life, and I had immense confidence that Miles would be able to carry that off brilliantly. He’s the kind of performer, like Tomlinson, who can make you laugh but also move you.”

Miles, has your stand-up work has prepared you for performing a one-man show?

MJ: “It has in terms of knowing what it feels like to be on your own on stage. But the stakes are much higher with this. There are marks you’ve got to hit and a script you’ve got to obey. It’s more technically demanding than shuffling about muttering into a microphone knowing that people at the back will be able to hear you!”

“Although it has a lot of funny and light moments, there are aspects that are heavier than anything I’ve been tasked with conveying before”

How did you start working together?

MJ: “I used to host a radio programme called Newsjack. James had a meteoric rise as a writer doing that. Then we did a slightly bonkers radio show called It’s Not What You Know. That was the first time we sat in a writers’ room together. We just laughed all day.”

JK: “One of the reasons I love working with Miles is that he is the person that I enjoy making laugh the most. When you get up in the morning thinking ‘I’m going to be spending eight hours with Miles saying silly things and making him laugh,’ you know you’ve got an enjoyable day ahead of you. I also think we have a great sense of trust in each other’s judgement and ability.”

MJ: “The way James has handled what at times is a difficult narrative in The Life I Lead… I’m in awe of his skills as a writer. I’m excited and intimidated by this script. I get to do things I haven’t done as an actor. Although it has a lot of funny and light moments, there are aspects that are heavier than anything I’ve been tasked with conveying before.”

Have David Tomlinson’s family been involved at all?

MJ: “They weren’t originally, but then James discovered that he and one of Tomlinson’s sons had a friend in common.”

JK: “I reached out to them. They have been enormously supportive, but also very keen not to interfere. They spoke to me very candidly and answered a lot of questions, some of them quite sensitive.”

Are you excited about touring the show?

MJ: “For me, it’s one of the greatest delights to tour to places all over the United Kingdom. I love the feeling of going somewhere, putting on a show and people being there. And I love turning up to theatres. I really do. I sometimes think the best view of the theatre is the view from the stage, looking out… I hope that won’t be the case for this audience, of course. I hope it will be a tremendous joy for people facing the opposite way to me!”

What makes live performance is so special?

MJ: “It’s about connections and atmosphere. You can be watching something on Netflix that has a moment of tension and that moment can be broken at any time by your bladder, your broadband or making a cup of tea. It should be more exciting than that.”

JK: “The live experience creates an intense relationship between the performer and the audience. You’re really there in the same moment.”
What can audiences expect from a trip to see The Life I Lead?

JK: “I would like them to feel fascinated by the true story of an icon of our childhoods and recognise things that are true about fathers and sons, and I would like them to laugh and enjoy the comic side of the show, because while it has moments of darkness it is ultimately a life-affirming story.”

MJ: “I hope they’ll be entertained, moved and made to think. And I want people to come away thinking ‘I would never have thought he had a life like that.’”