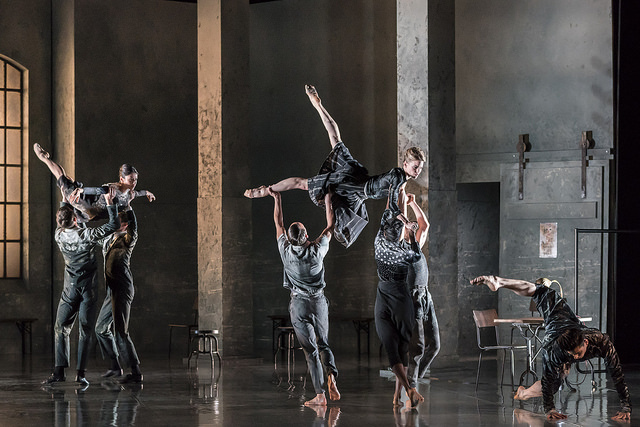 Kim Brandstrup on creating Rambert’s Life is a Dream

A prince, locked away from birth because of his father’s nightmares, encounters the world. A director in a repressive society unlocks his performers’ imaginations. These are the threads that fed Kim Brandstrup’s imagination as he began to devise Life is a Dream for Rambert.

Brandstrup’s initial inspirations were musical and visual – Lutoslawski’s turbulent music, and images of experimental postwar Polish theatre which, he tells me, ‘became the filter through which I listened to the music.’ The composer and avant-garde theatremakers like Jerzy Grotowski and Tadeusz Kantor all pursued their craft in the grey depths of the cold war. Their access to the wider world was severely restricted, so they mined their own creativity. ‘These artists in the eastern bloc were imprisoned in many ways,’ Brandstrup says, ‘dreaming about the world beyond, yet they did fabulous things. I’m not promoting artistic suffering but, somehow, something wonderful came out of this.’

The archive images that snared Brandstrup included some from Grotowksi’s landmark 1965 production of The Constant Prince. Another Calderón play with an imprisoned hero, it famously ended with his death, undercut by joyous laughter, at once anguished and defiant. This led Brandstrup to another Calderón play, Life is a Dream, and to his frequent design collaborators, the Brothers Quay.

American artists with an eastern-European sensibility, the Quays see the world through a singularly surreal lens. Their films bring inanimate objects to uncanny life; their stage designs edge towards dreams and nightmares. Here, they’ve designed ‘a derelict 1959 rehearsal room,’ as Brandstrup describes it. A director rehearses Life is a Dream, working with three parallel casts. In the second half of the production he enters the story himself.

Costume designer, Holly Waddington became absorbed in both the 1959 setting and the 1635 of Calderón’s play. ‘There is a correlation between the two periods,’ she explains. ‘17th-century dress is really peculiar. We made patterns up from the Victoria & Albert museum, only to realise they were completely unflattering, and not at all complementary to Kim’s movement. We’ve tempered them so that they work for dance and melded them with shapes of the 1950s.’

Waddington also closely observed Rambert’s dancers. ‘Dancers are really specific about what they wear in rehearsal. They’ve arrived at very clear decisions and know their physicality, so we’ve tried to harness that.’ Another breakthrough was her discovery that the V&A had begun to x-ray historic costumes to reveal their construction. ‘You see through intriguing layers of scrim and boning. They’re like ghostly shells, incredibly poetic.’ These images chimed with the skeleton-haunted vanitas paintings of the Spanish baroque, and excited all of the collaborators. ‘This idea of x-raying, excavating the past unlocked something,’ says Brandstrup, ‘about how to deal with the walls of this room – how you could see or get through them, to another time, to the other side.’

Calderón’s tragicomedy, only rarely performed in Britain, is an anguished fairy-tale, a spiritual allegory and a uniquely theatrical metaphor about illusion. How do you convey all that to the dancers, and make it live? ‘Dancers are not actors,’ says Brandstrup, ‘so you have to draw on who they are and how they move.’ He didn’t begin by talking about the play or his ideas (‘it sounds so abstract, it’s patronising’). ‘I feel that everything has to come out of what they do in the room. That’s where it happens.’ And for all his preparation, he says, ‘the most fabulous thing is when someone misunderstands something and completely surprises you. You long for those happy accidents.’

In the first half of the piece, three different casts repeat and mirror the action – something that Brandstrup says he has longed to do, and that fits the structure of Lutoslawki’s fourth symphony. ‘We present all this material in different versions so that you can understand it when it happens in the second half.’ The floor and costumes too are subtly mirrored. ‘We worked with metallic mesh,’ Waddington says, ‘slightly translucent. It will be quite subliminal, but we’re striving for this tilted language – everything’s dreamlike.’

A defining garment in rehearsals was a straightjacket – controlling a character whose impulses aren’t trusted. ‘The process was to distil this rather strange story into physical action,’ Brandstrup explains ‘The straightjacket offered a lack of hands to grab and hold the world. Then suddenly the character is released and wants to seize everything, touches too much. And ultimately waits to be touched rather than touching. You try to reduce it to what can happen between two people, then elaborate around that.’

For Brandstrup, the core of the story is the prince’s arduous journey. ‘There’s something about this man, who’s been restrained for so long and dreams about getting everything he always wanted,’ he reflects. ‘He’s full of feeling, he thinks he’s owed the world. Then he gives it up because he can’t have it.’ It resonates for Brandstrup on both an artistic and personal level. ‘You dream about all the things you could have, but getting them is not always necessary. It’s the dreaming, the desiring that is important – getting up every day to make and find something.’ 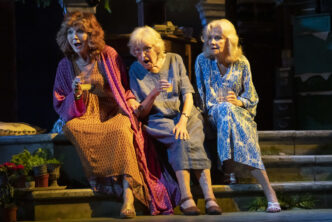