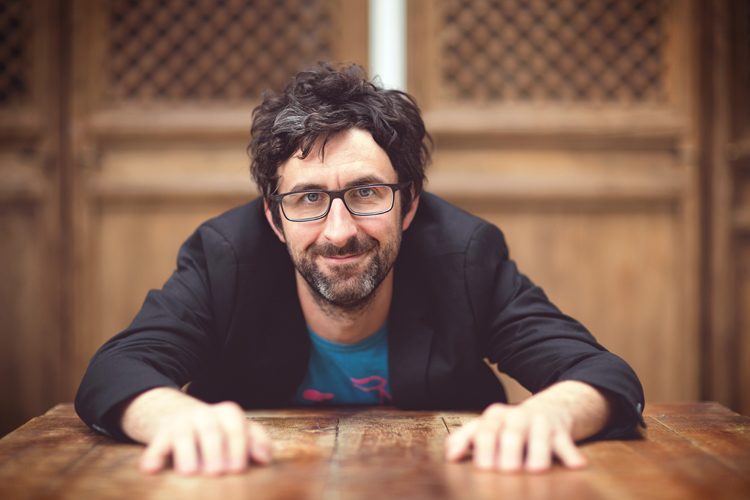 After spending last year being cluster-bombed with yoghurt on ‘Taskmaster’ and half-killed by Bear Grylls, multi award-winning comedian, Mark Watson returns with a UK National Tour doing what he’s best at: being indoors. He talks to Quays Life about The Infinite Show and its unlimited possibilities for comedy when everyone becomes part of the act.

Mark Watson has never been a comedian to take the easy route of opening a show by asking his audience how they are and where they come from. In the past, he’s started shows by communicating with his crowd over Twitter, crawling out of a suitcase, and running on a treadmill. With his new touring extravaganza, The Infinite Show, Mark is getting up close and personal with his fans by handing them cards with questions on them beforehand, whether they’re in the queue, hanging around the bar or perhaps even sitting comfortably in their seats.

“I do feel that the more I see shows and study the form of them, a slow start is very difficult to come back from,” he says. “So, the idea of me handing out cards is that it makes the audience feel that the show has already begun and they’re already in that space. I think it has a positive psychological impact on the audience and it’s a good way of breaking down that awkwardness.”

On those cards will be questions that are geared towards assessing the empathy of his crowd toward their fellow humans and celebrating our idiosyncrasies. Having already road-tested the show for a month at the Edinburgh Fringe, Mark knows that the responses he gets can rarely be second-guessed and this gives the evening a vibrant energy. “The best ones are the inexplicably fierce opinions about something trivial which nearly everyone has,” he says. “Or it will be something where the audience goes ‘what?’ The worst ones are, and at least one person every night says this, ‘there’s nothing odd about me, I’m always right’ or it’ll be something about hating audience participation or filling out postcards. Those ones are immediately pulped.”

Although the cards do state that each respondent will have their anonymity respected, Mark is always keen to tease out someone who has offered up something of comedic or social value. “Because we’ve said you can remain anonymous, it might sometimes be hard to find the person who wrote something interesting. Other times you see something really contentious and think ‘I’ve no chance of finding that person’ but they immediately put their hand up.

“One of my favourites was when someone wrote that the Titanic never sank, that it had been swapped for another ship and that it was an insurance thing. But I chatted with her and she was sort-of convincing. I Googled it later and, sure enough, it’s a branch of conspiracy theory in the same ilk of the 9/11 Truthers. I still don’t believe it but there’s room there for a good few minutes talking about that. It’s much more stimulating to do a show that’s different every time: it offers me unprecedented opportunities to mess about with the audience.”

Messing around with an audience has been just one of the things that has elevated Mark Watson to great heights in the British stand-up scene since his arrival in 2002 upon winning the Daily Telegraph Open Mic competition. A combination of barely restrained energy (“it sometimes takes me 20 minutes to say hello”) and relentless innovation (his 24 and 36-hour shows are the stuff of Edinburgh Fringe legend), Mark is also a published author having written novels such as Bullet Points and A Light-Hearted Look At Murder, while his TV credits are certainly a varied bunch, including everything from the first episode of Michael McIntyre’s Comedy Roadshow and guest-presenting Never Mind The Buzzcocks to We Need Answers and Celebrity Island With Bear Grylls. 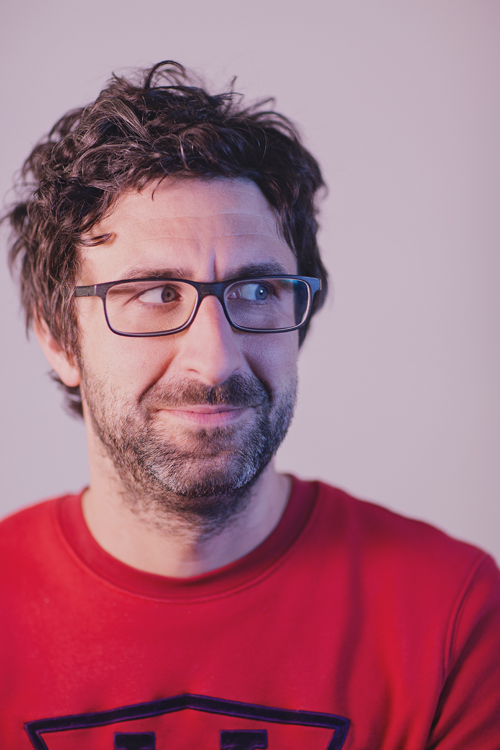 But it’s on stage that he is at his most hilariously inventive. As well as building up an archive of responses from his audience with The Infinite Show, he’s also lifting the lid a little on his own personal life, something he’s largely shied away from in his previous live work. In particular, he’ll be exploring his divorce and the relationship he now has with his young son.

“At first it was very difficult to do, as it felt very raw and it felt very uncharitable to my ex: I don’t want to be one of those comedians who rages against their former partner. The tone is meant to be more rueful than attacking. There are lots of dilemmas; the biggest difficulty of talking about my son on stage is that he’s now of an age where he could put my name into YouTube and have access to this stuff. But parenting consumes so much of your life, even if you’re not the primary carer, and it’s inevitable that you’ll discuss it a bit on stage.”

Now a well-established presence on the comedy touring circuit (he’s taken acclaimed shows such as I’m Not Here and Do I Know You? to the theatres and arts venues of the UK), Mark Watson is well attuned to the pros and cons of zipping around the country and entertaining audiences night after night. While he misses his family when he’s away from them, the fact that he’s able to maintain his status as a must-see act across Britain is a strong vote of confidence.

“Touring represents the kind of life that you hope you’d have when you first start off,” he says. “Being seen by pretty much your own audience and being able to sustain yourself out of performing your own show rather than gigging on mixed bills is what most comedians want.

“I’m fortunate to have started stand-up in a climate where that was just about to become more and more possible. I don’t mind the travelling and being in hotels; I’ve had that lifestyle for so long that I almost don’t know myself if I’m not in perpetual motion.”

Mark Watson is at The Lowry, Salford Quays on Sunday 17 February 2019. See website for full tour details  with nationwide dates until 24 November 2019.