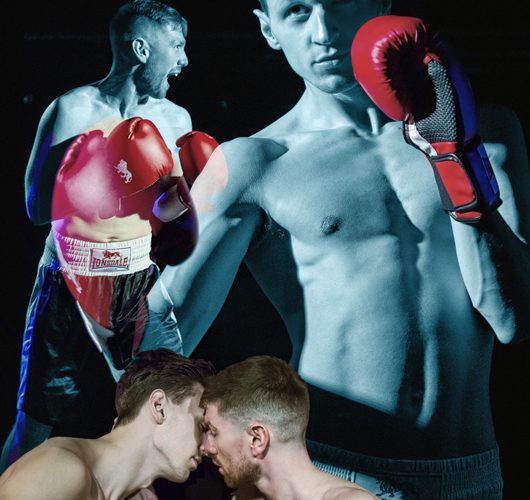 Can two men raised to fight ever learn to love? That’s the question asked by Gypsy Queen, an unconventional love story between two professional boxers who find each other in the most unlikely of worlds.

The play, which was nominated for two Manchester Theatre Awards 2018 in the categories of best new play and best fringe production, is being staged as a special site-specific performance in a real-life boxing ring at Moss Side Fire Station Boxing Club, ahead of its third UK tour.

Written and performed by Rob Ward, it tells the story of ‘Gorgeous’ George O’Connell, a bare-knuckle fighter from a traveller family, a hero to his people and a self-proclaimed Gypsy King. George enters the world of professional boxing which puts him on a collision course with his roots, his fears and his very identity.

In the opposite corner, Dane ‘The Pain’ Samson (a role shared during the tour by John Askew and Ryan Clayton), the young pretender and son of a boxing legend. He is fighting his own battles that lead to a tragedy that neither could predict.

The play, which was longlisted for the Amnesty International Freedom of Expression Award, with Ward named as one of the British Council’s Emerging Artists for 2017, explores LGBTQI visibility in sport, faith, sexuality, and the notion of masculinity.

Producer Max Emmerson says: “The play has strong messages of friendship, conflict, challenging prejudice – but most of all love. We’re looking forward to taking Gypsy Queen to new venues and audiences, and continues to help break down barriers.”

The site specific performance is at Moss Side Fire Station Boxing Club on 27 January 2019, with a 3pm family friendly showing followed by the full production at 7pm.