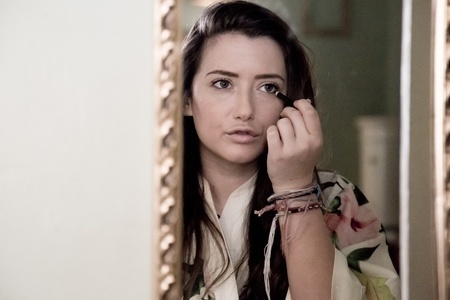 Quays Life caught up with Rosie ahead of the play’s run at HOME Theatre, and find out why she can no longer be thought of as the baby of the family.

Where did the idea for Narcissist in the Mirror come from?
The play is about finding yourself in the world and coming of age. I was at that point in my life, 24 and that was very true for me. I think I was trying to find out where I fitted in. It was my need to express myself about my needs and difficulties. I felt I had something to say and I had a need to speak.
It came from me trying to find my own self-worth, trying to fit in. I was approaching 25.
Telling a story, which is what the play is, was a part of my ‘coming of age’. A part of me growing up. Needing to share my views and what was in my head.

Had you written anything else before?
No, this is my first play. In November ,2016, I wrote my first poem. By January 2017, I was writing more and more, in the style of Spoken Word.
I was using it to express my thoughts, my ‘take’ on the world. Before I knew it, I had a theme, about growing up and coming to terms with the reality of life. The play was a development of those early poems from November 2016.

Did you have a particular audience in mind when you created the show?
No. It’s not just a show about coming of age or young millennials or even women. Ultimately, it’s about finding self-worth and people do that at all ages. I wanted the play to be a show for everyone, all ages. The issues in the play are not uniquely for the young, they apply to a wider audience. A lot of struggles I touch upon are everyman’s struggles It’s an ‘everyman’ show.

How much of the piece is autobiographical?
It’s very mixed. At first it started as a way for me to process the thoughts and feelings I was having at the time.
Then it started to grow into something that enabled other people to think, to see that we’re all going through similar problems.
I speak to many people and they’re all saying: ‘I just don’t know what I’m doing with my life ‘. The more I speak to people, it seems that we’re all in this ‘same boat’. We all think that everyone else has the ‘instruction manual’ and everyone knows how to play the game. It’s not the case at all.
I wanted to tell a story so I had to take it away from myself. Some of me is there,of course, some is fiction.
I’m happy for the audience to decide. It doesn’t really matter what’s based on fact or fiction. The important thing is that the struggles are real.
The journey that ‘Narcissus’ goes through is a real story.

What’s it been like working closely with your mum on the piece?
My Mum and I have been working together for a while now. There are obviously pros and cons.
It’s great that my mum’s always completely honest with me. We’re honest with each other. We say what we think. We have a lot of mutual respect for each other and it’s important as artists to have a great deal of trust in each other’s choices.
It can filter into our normal life too and inevitably we can find ourselves at midnight, chatting and ending up talking about the show. I think that’s unavoidable really. Sometimes we just agree not to talk about the show for a while and chat about normal everyday things.

Is there anything you dislike about her?
No, in a word. She’s like a child to me I suppose. There’s so much of me in her. There’s so many of my thoughts and feelings in her. I don’t dislike her. My heart breaks for her.
I’ve got a lot of love for her. I think she becomes quite likeable as we find out more about her and how she is so self-aware and so self-deprecating.

What do you want people to leave the theatre thinking about?
It would be great if people leave the show thinking about how their own insecurities make them behave and to question themselves. To question themselves and think about life. To accept the cards they’ve been dealt, recognise their own insecurities and learn to be happy.

There’s a lot of talk about narcissism recently. Do you think there has been an increase in narcissistic traits and why do you think that is?
I honestly don’t know. Although the play is called ‘Narcissist In The Mirror’ , the girl (Narcissus) isn’t actually a narcissist. She thinks she is but she’s so self-aware of her flaws and so desperate to change, I don’t think she is a narcissist at all.

What does it mean to you to have the play staged at HOME?
It’s such a privilege and a real honour to have been chosen for the Push Festival at HOME Theatre. I couldn’t be more grateful and excited. There are so many amazingly talented people involved, it’s really exciting to be a part of it and to showcase my work.

Do you have any plans for the show after the run at HOME? A tour would be the next step and hopefully on to Edinburgh Fringe. I’m currently looking at venues. I have a lot of belief in the show and would love to take it to a wider audience.

Narcissist in the Mirror is at HOME, Manchester on Tuesday 16 and Wednesday 17 January 2018. 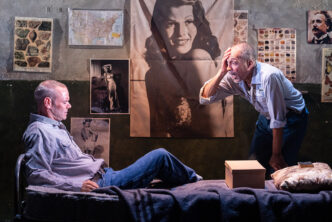