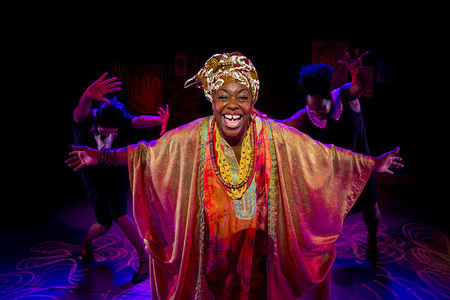 It’s hard to believe six years has passed since Manchester saw the premiere of Ghost the Musical with Richard Fleeshman in the lead.

Based on the 1990 film with Patrick Swayze and Demi Moore, this supernatural murder mystery romance already had an audience familiar with the story. But it was the intimacy of the setting, and spectacular on-stage special-effects that won over a whole new generation of fans.

This time around another of Manchester’s sons, Andy Moss (Hollyoaks’ Rhys Ashworth), takes on the role of the ill-fated Sam Wheat, a murdered banker who becomes the ghost of the show. It’s a new production, which visited Manchester’s Palace theatre earlier on the tour, and focuses more on the emotional pull of the story rather than theatrical illusions.

There are closer nods to the screen version, with Sam wearing a maroon coloured shirt, similar to the one worn by Swayze in the movie. And, of course, they’ve kept the famous potter’s wheel scene to the Righteous Brothers’ classic, Unchained Melody.

The music, by Dave Stewart and Glen Ballard, ranges from rock ballads to gospel. It’s not the kind of musical where you come out singing, but in the moment, there are some powerful vocal trios, particularly Had a Life, which closes act I.

On Monday, understudies Kelly Hampson and Ethan Bradshaw ably stood in as Sam’s girlfriend Molly and his best friend, Carl.

Moss expresses the deep emotion of someone who is living his character day in and day out. It’s difficult to pair with that intensity when you’re coming into the role infrequently, but Hampson pulls it off with a powerful and pure voice that is captivating.

Bringing much needed light to this heart-breaking tale, Jacqui Dubois fills the stage with laughter and attitude as psychic Oda Mae. It’s a gift of a role, but also one that has been immortalised by Whoopi Goldberg, who won an Oscar for her part in the film. Here Dubois makes it her own and finds that delicate balance between being outrageous and believable. It is a terrific performance.

By the end there was hardly a dry eye in the house – and by that, I mean huge sniffs all around and not just a dab of the eye. Tissues are a must – this is a heart-breaker.