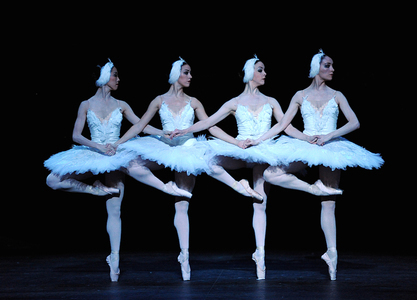 It’s hard to imagine that the first ever production of Swan Lake was panned by critics for its poor choreography. More than 135 years later, it is now the world’s most popular ballet and its swan maidens have become iconic representations of the genre.

Over the years I have seen many wonderful interpretations, from Matthew Bourne’s menacing male swans to a Chinese circus troupe whose Odette pirouettes on the Prince’s head. Sometimes, however, it’s good to get back to basics and be reminded of why this ballet has not simply stood the test of time, but continues to enchant and win new audiences.

For a classic retelling, Derek Deane’s production for English National Ballet is hard to beat. First seen at the London Coliseum in 2000, it is a spectacle on a grand scale – with stunning sets, captivating choreography, dramatic and delicate costumes, and the richness of a full orchestra. Here the dancing is technically brilliant, but also has the energy and vitality to take it to another level beyond the moves themselves.

For this production, Romanian Alina Cojocaru takes on the demanding dual role of Odette and Odile. A multi-award winning dancer, she makes the switch between pure white swan and manipulative black swan with apparent ease. Appearing as light as air, she is a perfect match for the tall, graceful Alejandro Virelles, who dances Prince Siegfried in his first year with the company. Virelles, too, is light on his feet, and makes the leaps as if his feet were naturally sprung.

The corps de ballet, shimmering under the moonlight during the Pas de Douze by the lake, adds to the romance of the piece and leaves a lasting imprint. James Streeter captures the menace of Rothbart, making for a dramatic villain, while the dance of the cygnets, the Spanish dance and the Czardas all lighten the mood with a touch of fun and excitement.

Throughout, conductor Gavin Sutherland brings out the melancholy and romance of Tchaikovsky’s glorious score. I could have sat there with my eyes closed and still have been enchanted. In all, it is a wonderful evening and a joy for seasoned ballet enthusiasts and newcomers alike.

English National Ballet’s Swan Lake is at the Palace Theatre from 8-11 October 2014.

Written by Carmel Thomason
Add comment
Joseph and the Amazing Technicolor Dreamcoat
FacebookTwitterPinterestWhatsApp
Not I, Footfalls and Rockaby