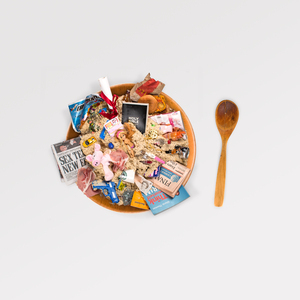 What is enough? That is the question at the heart of the two new 45 minute plays by Northern playwrights, Cathy Crabb and Emma Adams, which make up, The Enough Project. For each person the answer will be different, and the contrasting yet complementary nature of how each playwright has tackled the societal and personal issues it raises makes for a thought provoking evening.

Produced by Dep Arts, and developed collaboratively with The Lowry, Theatre in the Mill and The Carriageworks, it is an interesting and ambitious project, which uses the same cast of four actors to create two very different families for whom it seems nothing will ever be enough.

In the first play, Something Right, Cathy Crabb uses her talent for raw street dialogue to capture both the humour and emotion behind the desperate attempts of a teenage brother and sister to make their own way in the world, and the various adult influences shaping and at times manipulating their ideals. Single mum Sarah tries to do the best thing for her children by pushing them to achieve what she did not. She says she wants them to be happy, but that is not enough. While she is nagging them to do and be more, a small-time drug dealer is luring them with his philosophy that enough is having what you need and a little bit more.

How adult behaviour impacts on a teenager’s view of the world is a theme picked up in Emma Adams’ wonderfully inventive piece, Brimming. It opens at a family dinner, where daughter Anna has brought her boyfriend, Johnny, home for the first time. Everything is deliberately in excess, with wine glasses to drown in and a pavlova the size of a small house. Puppets are used to voice the conscience of the various characters as they question their impact on the people around them, raising the question of when and how we can say ‘enough’.

The actors, Jo Mousley, Lauryn Redding, Russell Richardson and Terence Rae, effectively bring the characters to life in this rich and exciting double bill, which goes on to play The Carriageworks in Leeds at the end of June before embarking on a national tour next year.