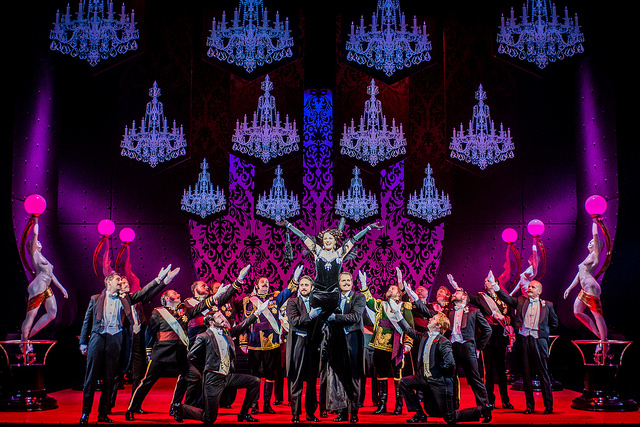 Opera has been inspiring people around the world for more than 400 years.
So why is it viewed by many as exclusive and elitist? If you think opera isn’t for you, we bust some of the common myths that might be holding you back from experiencing it for yourself.

It’s in a foreign language and I won’t know what’s going on
It’s easy to follow what’s happening on stage, even when everything is sung in a different language. Many operas (such as The Merry Widow) are performed in English anyway. When they’re not, there are screens with surtitles at each side of the stage which translate what’s being sung, so you always know exactly what’s going on.
A night at the opera is definitely not just for opera buffs. More than anything, it’s an emotional experience. However, if you do fancy doing some homework before you go, Opera North’s ‘in a nutshell’ series has all the essentials (plot, characters, and what you’ll see and hear) at a glance.

It’s boring
If you like your entertainment to take you on an emotional roller-coaster opera is for you. In Tosca, Floria Tosca’s aria ‘Vissi d’arte’ (‘I lived for art’) and her lover, Cavaradossi’s ‘E lucevan le stelle’ (‘And the stars were shining’) are both tear-jerkers, while The Merry Widow will have you laughing out loud at the characters’ antics on stage. Opera is also one of the most visually stunning spectacles in all theatre. As well as some sumptuous sets and costumes, you often get a LOT of people on stage at any one time (principals, chorus and sometimes dancers as well). This always makes for an impressive sight – and sound! Look out for the ‘Te deum’ in Tosca which is a great example of the power of ensemble singing.

I’ll have to dress-up
While TV might lead us to believe we should wear nothing less than a full tuxedo or evening dress for a night at the opera, in reality you can wear whatever you like. There’s no dress code. The joy of it is, you can dress up to the nines if you like and make a special occasion of it, or if you feel more comfortable in jeans that’s equally acceptable. Everyone is there for the same reason – to enjoy the show.

I can get the same experience listening to a CD
You can watch a performance on DVD or catch an aria on YouTube, but listening to live opera singing in the theatre is something else entirely. Experiencing the power of the human voice is definitely what sets opera apart. The lack of microphones means there’s no barrier between the performer and the audience, and you get the incredible experience of listening to someone singing over a full orchestra without amplification. The sound really does have to be heard to be believed.

The ticket price will break the bank
An evening at the opera is much cheaper than most people think with tickets starting from just £20, depending on where you choose to sit in the auditorium. If you’re under 30, you can sign up to Opera North’s free Under 30s scheme and get tickets for just £10, plus a selection of other benefits.

I’ve heard opera on the radio and it isn’t for me
Say ‘opera’ and everyone has an idea of what they think it will be like, but actually there’s a wide range of different styles. What’s more, the music of one composer sounds utterly different to that of another so, even you don’t like Mozart, it’s worth giving Puccini a go. Take this season at The Lowry. On the one hand, there’s the dramatically-compelling Tosca with its potent mix of lust, love, religion and politics, and on the other, there’s the light-hearted operetta The Merry Widow with its blend of singing and dancing – perfect for some feelgood fun.

Read our review of Tosca at The Lowry, Salford Quays.