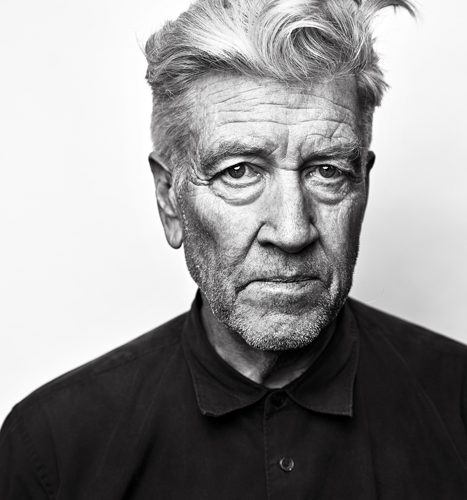 Legendary filmmaker David Lynch will present a special season of screenings, live concerts and talks, alongside his first major UK exhibition of visual art, My Head is Disconnected, as part of Manchester International Festival and the summer-long takeover: David Lynch at HOME.

An extensive film programme – It’s a Great Big Wonderful World – spans the many high points of Lynch’s unique oeuvre, from his earliest forays into short filmmaking to the seminal TV series Twin Peaks. In September, a programme of films chosen by Lynch, David Lynch’s True Favourites will include screenings of cult films such as Fellini’s 8½, Fleming’s The Wizard of Oz, and Wilder’s Sunset Boulevard.

Lynch jokes: “I was talking to Auntie Em, and she said there’s no place like HOME.”

As part of the programme of talks and events accompanying the season, David Lynch will host a live audience Q&A via video link from his studio in Los Angeles. Lynch will discuss his diverse artistic practice, from his iconic film and TV work to his paintings, drawings and sculptures and answer pre-submitted questions from the audience. Ticket holders will be contacted with details of how to submit their questions along with further information about the evening.

Lynch will also participate via video link in a panel discussion, The Power of Transcendental Meditation, with musician Tim Burgess and the executive director of the David Lynch Foundation UK, Deirdre Parsons.

The works of David Lynch and Angelo Badalamenti have inspired a series of live Music performances hosted by musician, actress, and Lynch collaborator Chrysta Bell.  Anna Calvi will perform tracks from across her career in a rare, intimate solo show, joined by Dorset singer-songwriter, Douglas Dare.

As part of the series, These New Puritans are presenting a specially devised set of reimagined pieces from David Lynch films, including music by Angelo Badalamenti and David Bowie, along with their own works. They are joined by psych-rock band Whyte Horses performing a set inspired by the Roadhouse in Lynch’s Twin Peaks.

The film and music season runs alongside David Lynch’s first major UK visual art exhibition, My Head is Disconnected, opening 6 July. Featuring large-scale paintings, drawings and sculptures, this major exhibition will be a rare and fascinating insight into the mind and work of David Lynch.

Before becoming an internationally renowned filmmaker, Lynch trained as a painter at Pennsylvania Academy of the Fine Arts and has gone on to produce a prolific body of work across painting, sculpture, photography and drawing. The visual art of David Lynch is key to understanding his creative universe; this exhibition focuses on his impressive wall-based works, the majority of which have never been seen before in the UK.

John McGrath, MIF Artistic Director and Chief Executive says: “Although David Lynch is primarily known for his film and TV work, Lynch is an artist with an incredible range. Straddling film, music and his visual art, this is an opportunity to discover more about the work of one of today’s most fascinating and creative talents and to see and experience how he continues to influence other artists and musicians.”

MIF19 runs from 4–21 July 2019 with artists from across the globe premiering a variety of new work in spaces throughout the city. For more details about this year’s programme, visit mif.co.uk

Read what else is coming up for MIF19.